Though they’re both in the same position in the table, it’s Dublin who need this win most when they meet Cork in Parnell Park, throw in at 7.30pm on Saturday.

Dublin are in a spot of bother. So are Cork, as it happens, and both are sitting near the bottom of Division 1A, with only two points from three games. But even at this early stage it looks like the Leinstermen will be most desperate for the points at the end of the league.

Of particular concern to Dublin will be their scoring ratio; it won't necessarily be a factor against Cork (who have scored five points fewer, but four goals more over the course of the first three games), but it will certainly be a major factor as the league wears on.

And, with this in mind, Pillar Caffrey has brought Jason Sherlock in at full-forward, where he will have Mossie Quinn and Bernard Brogan on either side of him. The Dubs will also be glad to see Ciaran Whelan back in action.

Equally, though, Cork will have Nicholas Murphy back in the red for the trip to Parnell Park. He is the only change to the side that beat Tyrone last time out.

At this stage, Cork are certainly the happier of the two teams, and that might be just enough to separate them from Dublin in this four-pointer in Parnell Park.

It’s an Ulster derby in Healy Park as Tyrone and Donegal tussle for potential control of top spot in Division 1A of the Allianz NFL, throw in at 7.30pm on Saturday.

Tyrone struggled at times against Cork in the eight-point defeat in their last game, but that result was not indicative of their form in previous games.

On the injury front it's two steps forward for the Red Hand and one big step back: they'll have Brian Dooher and Ryan McMenamin back in action for Saturday's game but they’ve lost Owen Mulligan, who got himself sent off against Cork.

Mickey Harte will have been berating his charges over their performance in that game, and they’ll be going out against Donegal with something to prove and everything to gain.

Donegal sit on top of the table with a 100% record. They'll also be boosted by the return of Karl Lacey to the backlines, while Donegal boss Brian McIver will also be hoping that Neil McGee will join him, and that Kevin Cassidy and Rory Kavanagh will line out too.

Expect a very tight game, with Donegal giving their all to maintain that winning streak. But the shock of defeat to Cork and the knowledge that they've already beaten this Donegal side this year (albeit in the McKenna Cup) should be enough to motivate Tyrone. But it will be tight.

Mayo take a trip to Clones to take on bottom side Fermanagh, throw in at 2.30pm on Sunday.

With all due respect to a Fermanagh side that have fought hard (just ask Dublin) this year, Mayo will probably see this game as two points in the bag and a good hard run out.

Fermanagh haven't picked up a point yet and a team can only go on playing at 100% for a short time before the lack of return begins to wear them down. Prone to errors in the backs, largely toothless in attack, their efforts are commendable but can often seem like an awful lot of shouting at the wind.

So while they'll huff and they'll puff and Mayo will have to stay sharp and take their points, the result should largely be a foregone conclusion.

It’s an all-Munster affair as Limerick take on Kerry in Tralee on Sunday, throw in at 2.30pm.

Kerry were a bit shocked to lose to Mayo in the opening game of the league, but they soon shook it off and despatched Cork and Fermanagh.

Neither result was a surprise, even without the Dr Crokes contingent. The Kingdom will be without Gooch and Co again this weekend (Dr Crokes are warming up for their much-anticipated All-Ireland final clash with Crossmaglen on St Patrick's Day), but the good feeling sweeping through Kerry on the back of the success of Pat O'Shea's other job will certainly be felt in the Kerry camp.

Meanwhile, Bryan Sheehan's knee injury is not related to his cruciate ligament and, while it would probably be prudent to rest him, he could be fit to take part against Fermanagh. The decision may not be in O'Shea's hands though, as absences from the camp have started to mount (with Sean, Declan and Darren O'Sullivan, Paul Galvin and the Crokes contingent all out for various reasons).

Mickey Ned O'Sullivan, then, will see this as a rare opportunity to steal two points in Tralee. He has made two changes to his side, with Andrew Lane and Garrett Noonan being replaced by Diarmuid Carroll and Shane Gallagher.

This will be tougher for Kerry than it appears to be on paper, but they should have the necessary ring-craft to see themselves onto six points.

Two sides looking to lift themselves out of a rut meet on Sunday when Armagh host Derry at Crossmaglen, throw-in at 2.30pm.

Paul McGrane returns to bolster the Orchard County’s midfield. Peader Toal drops to the subs bench and James Lavery moves from wing-forward to the centre of the park.

Once again Armagh will look to launch long diagonal balls in the general direction of Stevie McDonnell. Derry will have to man him closely if they are to avoid staring relegation in the eyes.

The Oak Leaf side have had their own preparations for this tie rudely interrupted by the exit of Eoin Bradley, brother of Paddy, from the panel following a falling out with manager Paddy Crozier. It remains to be seen if this has affected morale within the camp.

If the Derry defence fails to get tight on McDonnell they will meet their peril. Paddy Bradley will need to be firing on all cylinders if they are to take two points.

Kildare are within sight of the semi-finals and a win over Galway at Pearse Stadium on Sunday, throw-in at 2.30pm, would see them well on their way.

They will be without Ronan Sweeney, who was involved in Moorefield’s recent club championship run, for most of the remaining games of the campaign, and this weekend they will need to concentrate their efforts in defence.

Padraig Joyce returned to the Galway XV against Armagh and proved to be the difference between the sides. Though he is still not at full fitness, he has always made the NFL his own personal hunting ground. Many a defender has been left in his wake.

It will be up to Kildare to stop the supply getting to Joyce as he tends to bring the best out of his team-mates when he starts to register a few scores early in games. Kildare have the ability and, if they can come up with a plan for Joyce, they should have enough confidence to take the away win here.

It’s make or break time for Down as they host Laois on Sunday, throw-in at 2.30pm in Newcastle.

They have been abysmal so far and manager Ross Carr seems no closer to knowing what his best starting side is. Compounding matters for Carr is the fact that attacker Liam Doyle has succumbed to an ankle injury and will be absent from the XV for at least three months.

Maybe now he will consider moving Benny Coulter closer to the opposition goal, since Coulter is clearly not asserting much influence from his midfield berth.

Laois manager Liam Kearns has reacted to the O’Moore County’s draw with Louth by making five changes to his starting side. Most welcome will be the return of experienced duo Noel Garvan and Tom Kelly. Brendan Quigley starts on the bench, given his under-21 commitments on Saturday.

The Laois side looks simply too strong to leave without a win – Down are staring Division 3 in the face.

Louth will do their hopes of making the knockout stages of the NFL no harm if they can put one over on pace-setters Westmeath when they meet at Dundalk on Sunday, throw-in at 2.30pm.

The Wee County have impressed thus far but now the face their biggest test in wrecking Westmeath’s 100% record in Division 1B. But to have a chance at that, they’ll have to convert more of the chances they create: in their defeat to Laois they were wasteful and could easily have walked away with a victory.

Westmeath, though, are in prime position for a berth in the semi-finals. There is daylight between them and most of the table, while Dessie Dolan has been back to his old self and Denis Glennon also seems to be returning to the fine form he showed in the Leinster win in 2004.

This should be a close encounter and, given the inability that Louth have shown to close out a game to date, the smart money might be on a draw here.

Saturday sees the restaging of the cancelled fixture between Waterford and Cork, throw-in at 2.30pm in Walsh Park.

Both managers have opted for the same XV selected for the original fixture but you get the feeling that Cork will have benefited more from the extra break. Waterford were on a high following the ease with which they disposed of Wexford and their confidence may have been slightly deflated by the additional week before they face the Rebels.

Diarmuid O’Sullivan will attempt to use his considerable bulk to disrupt a weak Waterford full-back line and Joe Deane will, along with Neil Ronan, live off the ball that breaks from his tussles.

Funnily enough the Deise are also likely to target the opposition full-back line as a possible weakness. Sherlock and Murphy are very experienced but Cronin will more than likely find himself faced with Dan Shanahan bearing down on goal.

Cork should have enough hurling done on the training field to improve on the opening weekend performance and overcome the challenge they meet in the southeast. 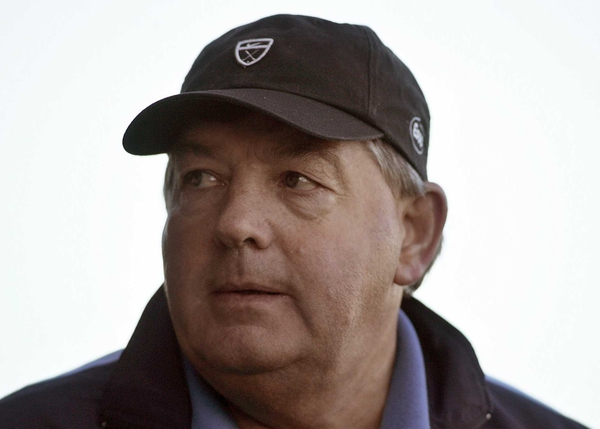