There had been nine successful kicks in the shootout before Yann Sommer saved Mbappe’s effort, following a thrilling 3-3 draw in Bucharest.

Switzerland had fought back from 3-1 down to force extra-time with two goals in the final 10 minutes through Haris Seferovic and Mario Gavranovic.

Before that, it had looked like world champions France would be going through to play Spain in the quarter-finals after two quickfire goals from Karim Benzema and a superb strike from Paul Pogba had overturned the early lead given to the Swiss by Seferovic. 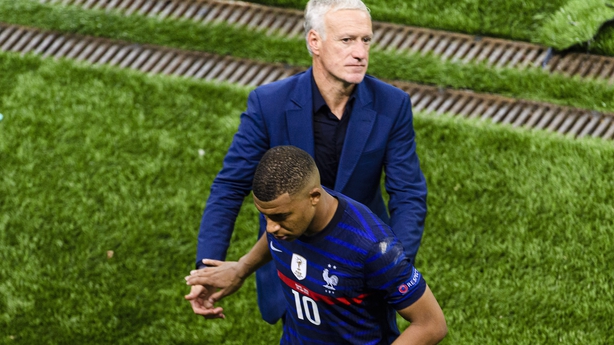 "Of course Kylian, even if he didn’t score a goal (in Euro 2020), he was decisive in many actions that we had, then he took the responsibility to take this penalty and no one is really angry with him," Deschamps said.

"I talked to the players, we know the strength of this squad, of this team, we had many magnificent moments together today.

"It really hurts, there’s a lot of sadness and, well, there were many things that we did really well in this match, but not everything and if we think too much about this match it won’t help too much.

"This Euro was really difficult, it’s not an excuse, and now there’s the last European champion and the last world champion who have to go home, it hurts but we have to accept it."

Dubbed the group of death, world champions France finished top of Group F ahead of Germany and Portugal. 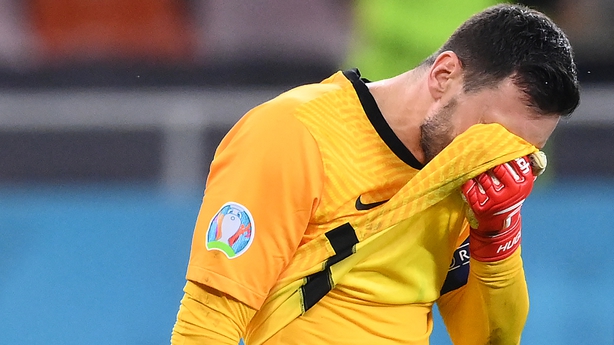 "It’s hard, especially at a penalty shootout when it becomes a lottery. The regret that we can have is that we led 3-1. In recent years, we know how to shut up shop. We cannot blame ourselves for a lack of generosity, we went all the way to the end. We’re not looking for excuses," France captain Hugo Lloris told TF1.

"We can’t talk about a failed match, but given we’re the French national team, world champions, it’s not a good result to be eliminated in the round of 16."

Switzerland captain Granit Xhaka hailed the victory over the world champions as a once in a lifetime achievement. 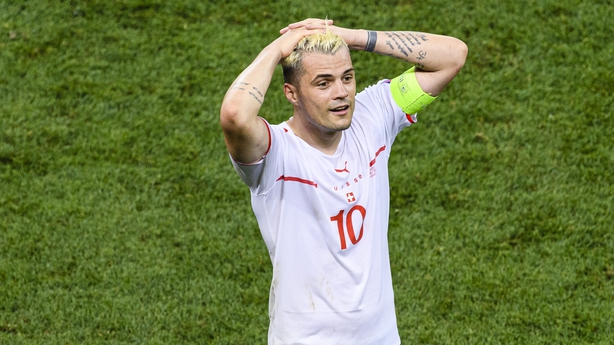 "I think I had my first match in 2011 for Switzerland, today 10 years afterwards I’m here as the captain and can lead this team," Xhaka said.

"It’s an unbelievable story, I had to suffer a lot in my career, I was criticised a lot, but praised as well, in the national team and at my club, but it’s hard work.

"People only see what happens on the pitch but they don’t see the work behind it which you need to put in so we are very proud what Switzerland has given us and that today we were able to participate here, play here, and every single one of us is proud to play for Switzerland because something like this is only once in your lifetime."

Switzerland qualified through finishing third in Group A behind Italy and Wales and they were unchanged from their convincing win against Turkey. 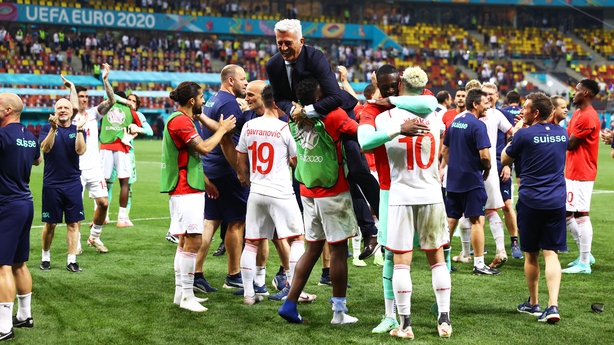 The national head coach Vladimir Petkovic said: "It happened just too quickly, after we missed the penalty we conceded two goals.

"For normal people, for normal players it’s just impossible to turn it around again, but we just were a super class and all the players gave their best to the whole team gave its best and we started to believe again.

"With a little bit of luck at the end we equalised the match and had the energy and had the power to end the match in under 20 minutes, maybe even to win it in extra time, to score a goal, and with such a performance, commitment, you can’t be not satisfied.

"But now we reach a new level and now I will ask my team to do the same again and again." 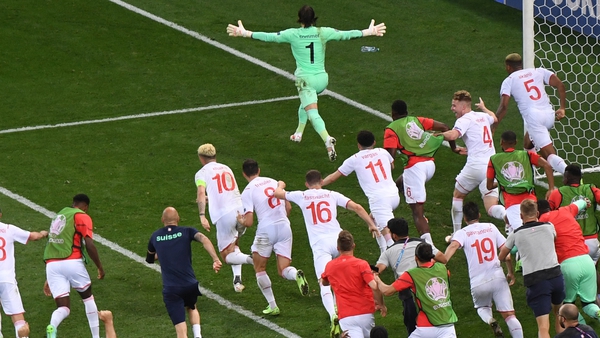