Kieran Trippier has backed England captain Harry Kane to end his goalless Euro 2020 campaign while manager Gareth Southgate has confirmed that the striker will keep his place against the Czech Republic on Tuesday.

Kane has failed to have a shot on target in the opening two games as the Three Lions beat Croatia before being held to a goalless draw by Scotland.

The Tottenham striker won the golden boot at the 2018 World Cup and ended the last Premier League season as top goalscorer and with the most assists.

But he has drawn a blank so far during the European Championship and has been substituted in both games.

"With H, he works so hard for the team, people might not recognise what he does off the ball, the pressing," said Trippier.

"I believe in Harry and I know he will score goals, but it is the work he does for the team. Some people might not recognise what he does.

"The link-up play. Harry's chances will come and for sure he will score goals.

"Harry's had an unbelievable season with Spurs. Harry is fit, he's working hard every single day in training and it's just about trying to get the chances to him. But he will score goals.

"He's our captain, he's our leader. Like I said he's a big player for us and we just need to create chances for him to score goals.

"He's an unbelievable professional and we just need to try and get him on the end of chances and try and create as much for him as we can."

Trippier did not feature against Scotland but was a surprise starter at left-back in the opening win over Croatia.

With Ben Chilwell and Luke Shaw more natural options on the left-side of the defence, many questioned the call to play Trippier - but he insists he will happily play anywhere for England.

"Luke and Chilly have had fantastic seasons," he added.

"We have got a great squad here and even when I played left-back against Croatia, Luke and Chilly were helping me at half-time and before the game.

"We have a really good squad and no-one was complaining or anything. We have a fantastic group and if I play left-back, I will give 110 per cent, no matter where I play.

"If I am not playing I will always be supporting the team, as will everyone else. It is all about the team.

"I have not played loads of games at left-back but I have experienced enough to play either side and to help the team out as much as possible, obviously depending on the opposition.

"But for me, no matter who I am playing against, I will always give 110 per cent - as do all the other players."

Southgate, meanwhile, has revealed Kane will start on Tuesday night with England needing to beat the Czech Republic if they are to advance as winners of Group D.

"You can assume that, yes, absolutely," Southgate replied when asked if Kane would keep his place.

"He is fundamental not only to the goals he scores but the build-up play and everything else he brings.

"I know there will be a lot of questions being asked about him at the moment but he has been through that 100 times before and I have answered that in this role several times in the past and he has come up with the goals that have won us the next games and I expect that to be the same moving forward." 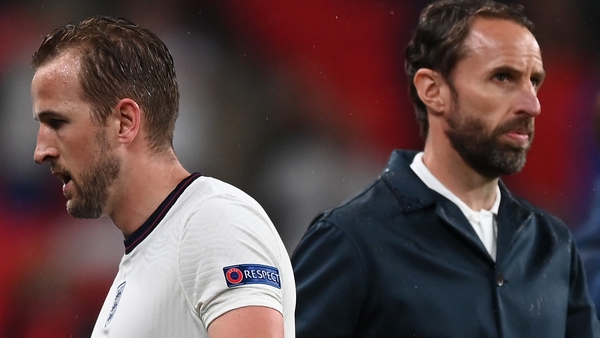