Kenny Dalglish does not expect to see a return of old jokes about Scottish goalkeepers after David Marshall's Hampden blunder.

The former Liverpool great hushed years of sly digs about the standard of Scottish number ones when he fired through the legs of England keeper and Anfield team-mate Ray Clemence back in the 1976.

But there have been plenty of sniggers heard from south of the border since the Scots' current shot-stopper Marshall was left in a tangle after being lobbed from 50 yards out by Czech Republic forward Patrik Schick in Monday's damaging 2-0 defeat.

But Dalglish reckons the incident will not be viewed as a laughing matter by Gareth Southgate's England team - who host the Scots at Wembley on Friday - as he hailed Schick's outrageous piece of skill.

Dalglish said: "I don't think you point the finger too much at Marsh.

"It would be remiss of anybody not to applaud the ability of the guy to hit it from almost 50 yards with a huge bend on it to make it even harder for the keeper.

"It's not as if he's hit it straight over his head. He's set it out with a huge draw on it as they say in golf. It's some awareness and a great delivery as well.

"The (English) can wind anybody up. That's what they will do beforehand. I don't think nowadays they will go into it the same way as they did before.

"Before it was taken for granted that there would be a bit of back and forth with the words, a wee bit of a laugh and a joke and some tongue-in-cheek criticism.

"I don't think they do it any more, it's not in the remit for the players nowadays." 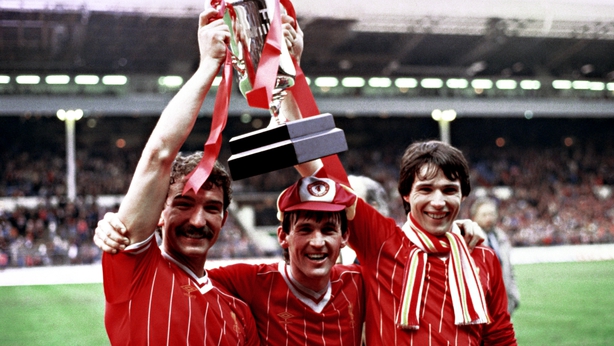 Dalglish can remember the days when the build-up to the annual showdown with the Auld Enemy would be the talk of the Anfield dressing room.

But he admits he had to go easy on Clemence after his famous Hampden horror show - in case he ended up costing Liverpool dear.

"You always hoped you'd have a couple of days off training if you've lost to England," he recalled. "If you won, though, you'd want to go to the training ground straight after the match and get right into them. It was all jovial, a good laugh.

"Obviously, Ray Clemence got a bit of stick after the one which went through his legs at Hampden but you have to be conscious you can't go too far there because when the season starts you have games to win so you don't want to upset him too much - just enough to make him a little bit riled.

"He got a bit of abuse for that, then, but I'm told he was always weak between his legs - that's what they said anyway!

"Did we ever play Scotland against Liverpool in training? No, the boys in the dressing room knew that the Jocks were the superior race anyway, so they wouldn't play against us.

"We were pretty strong in there with big Hansen, Graeme Souness, Steve Nicol. But there was always a wind up before the games."

Scotland need at least a point in London to keep realistic hopes of the knockout stages alive.

But Dalglish reckons Steve Clarke's squad have already earned the right to be regarded as national heroes after ending the country's 23-year wait to reach a major finals.

"I think they've got legendary status just qualifying," he said. "Beating England at Wembley would be memorable as well, but there's no point beating them if you don't go through. Everything doesn't depend on the England result. We have a game afterwards.

"You've got to get it into perspective. This is just another game to help us qualify out of the section. You can't just wait for the England game and then think that's you finished. That would be dangerous. There's no point beating them if you can't get through."