Ireland came agonisingly close to retaining the Aga Khan Nations Cup at the RDS but were bettered by a faultless Italian display in a dramatic jump-off.

Denis Lynch was the man selected to take on the shortened jump-off circuit but a dramatic refusal at the last obstacle by his horse All Star 5 led to a total of six faults for the Kildare man.

That left Piergiorgio Bucci to take on the course for the Italians, and he produced a flawless round on Casallo Z to claim the spoils.

It was a nail-biting contest that saw Ireland and the Italian outsiders dominate the field, with both sides putting up total scores of zero faults having been able to discard their only mistakes in the opening two rounds of jumps.

The team of Lynch, Bertram Allen, Greg Broderick and Cian O'Connor managed to ride seven clear rounds out of their initial eight rides, with only a dropped fence by Allen in his first attempt and a time fault for Lynch on his second the only blots on the Irish report. 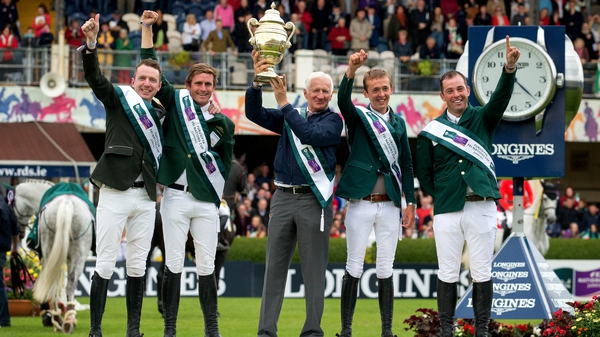