Clare Abbott, Jonty Evans, Mark Kyle and Padraig McCarthy have been named as Ireland's Eventing team for the Rio Games this summer.

Abbott will combine with Irish Sport Horse (ISH) Europrince, a 2003 chestnut gelding by Lougheries Quiet Man out of Miss Tullydraw.

Evans teams up with another ISH, Cooley Rorke's Drift, a 2006 gelding by Courage II out of Doon-A-Ree-Lass, by Rachelle Comet.

Kyle goes with Jemilla, the 2006 bay mare by Mill Law out of Jessica XIX by Louella Moschallah, while McCarthy will ride either Simon Porloe or Bernadette Utopia.

Camilla Speirs with Portersize Just A Jiff has been named as the travelling reserve..

"This has been a very difficult decision to make as there have been an impressive number of combinations who have produced some fantastic results to date," said team manager Nick Turner.

"We will be fielding a very competitive squad in Rio. I would like to thank all of the owners that made their horses available for selection. We will be working hard over the next 57 days to contend for a podium finish." 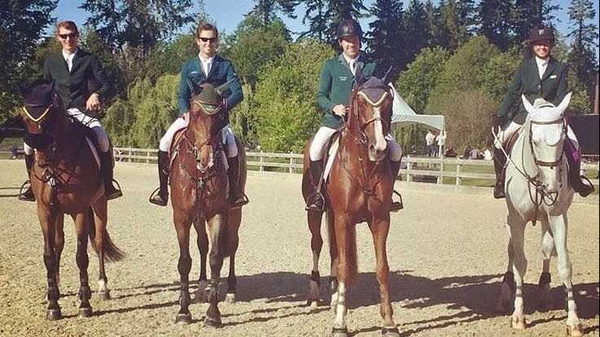