Cork-born Billy Twomey added his name to the list of winners of the famous Hamburg Derby in Germany, when he lifted the trophy on Sunday after a jump-off riding Diaghilev.

Thousands of spectators packed into the stands in Hamburg for one of the most exciting events on the European circuit. The demanding Derby course saw no combination jump clear in the opening round, and so nine pairings that finished on four faults returned to go against the clock.

Twomey and the 13-year-old gelding Diaghilev managed to jump clear second time out and their time of 49.96 seconds proved untouchable to those who followed, leaving Twomey to collect a winner's prize of €30,000.

Meanwhile at Drammen’s three-star show in Norway, Limerick’s Paul Kennedy finished fifth in the feature Grand Prix with the Irish-bred mare Cartown Danger Mouse. Kennedy had finished as best of the Irish in the Nations Cup at Drammen on Friday, jumping clear in the second round with the daughter of Olympic Lux.

In Dressage, 20-year-old Alex Baker made a promising international debut for Ireland at the Young Rider show in Segovia, Spain. Baker recorded two fourth place finishes along with taking third spot in the individual class with the nine-year-old mare Nibeley Uj Lady Lara. 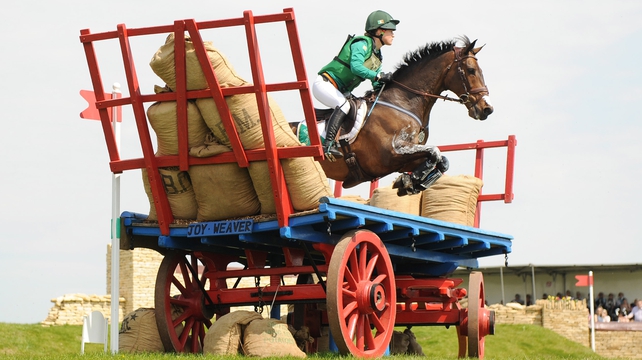 Meanwhile Camilla Speirs and her Irish Sport Horse, Portersize Just A Jiff (above, photo: Helen Revington), produced an outstanding final-day performance to record a top-10 finish at the world famous Badminton Horse Trials in the UK on Sunday.

The Irish pair had started the day in 17th place after a clear Cross Country round on Saturday and they moved even further up the leaderboard after a foot perfect Show Jumping display to take ninth place overall.

Crowd favourite Portersize Just A Jiff was by far the smallest horses in the competition, standing just over 15 hands. Kildare-based Speirs and her 16-year-old mount’s previous best Badminton result was in 2010 when they finished 14th.

Portersize Just A Jiff is a traditional Irish Sport Horse gelding by the Connemara Pony stallion Crosskeys Rebel, out of the dam Mizen Talent (ISH) who is by Mizen Melody (TB) and was bred by Philip White from Co. Derry.

They produced a copybook Cross Country ride and again today in the Show Jumping. It is great to see them back at their best and Jiffy is a real crowd favourite.

All five Irish combinations were a credit to their riders and their support team and the horses owners. To have all five finish the three days when so many didn’t finish, shows the strength in depth we have and proves the programs we have in place are delivering results.

"We now look forward to Chatsworth next weekend where we have 21 Irish entries in the three-star competition.”

German maestro Michael Jung added the Badminton crown to his World, European and Olympic title wins. He guided La Biosthetique Sam to victory after leading the competition from start to finish. 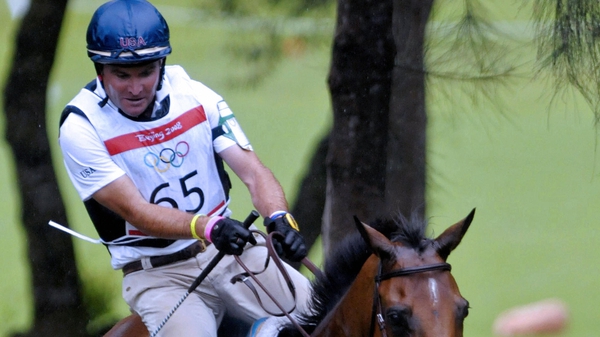