Tipperary's Denis Lynch and the stallion All Star 5 produced an outstanding double clear round to finish as runners-up in the second competition of the Longines World Cup Final in Gothenburg, Sweden on Saturday.

While many of the leaders from Friday’s opening leg ran into trouble over a demanding course of fences, Lynch and the 13-year-old All Star were one of just two combinations to finish the day on a zero score in front of over 11,000 spectators.

Having started the day in 22nd position, Lynch has now rocketed up the leaderboard into the top 10 and within touching distance of the overall leaders.

Germany’s Christian Ahlmann and Talobet Z finished just over two tenths of a second ahead of Lynch in today’s competition to collect the winners prize, with the Irish rider collecting over 26,000 euro for his runner-up finish.

Defending World Cup champion, Steve Guerdat, holds a slender lead heading into Monday’s crucial final round. Lynch lies in 10th place overall, with just two fences separating him from the Swiss leader and only one fence outside the top five. 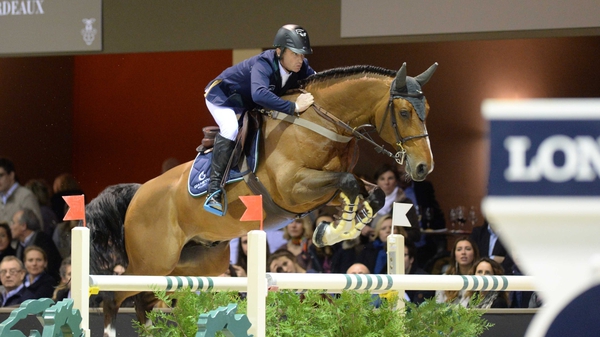