The Corkman was one of 16 from a starting field of 45 to go clear in the first phase. One of the earliest to go in the jump-off, Twomey grabbed the lead with a clear in 38.00 seconds, which for a while looked good enough for victory.

In a nail-biting finale, rider after rider failed to better the Irish pairing's time until third-last to jump Simon Delestre of France on Hermes Ryan crossed the beam in 37.94 to snatch the lead, only to be outpaced by the final competitor Patrice Delaveau, also of France, who thrilled the home crowd by getting Lacrimoso 3 HDC home in 36.08.

Afterwards Twomey, co-owner of Tinka's Serenade with Sue Davies, paid tribute to his mount, saying he would continue to compete with her for as long as possible. "She's been a really good servant to me for many years," he said.

Four faults in the opening round ruled Bertram Allen and Romanov out of the reckoning. 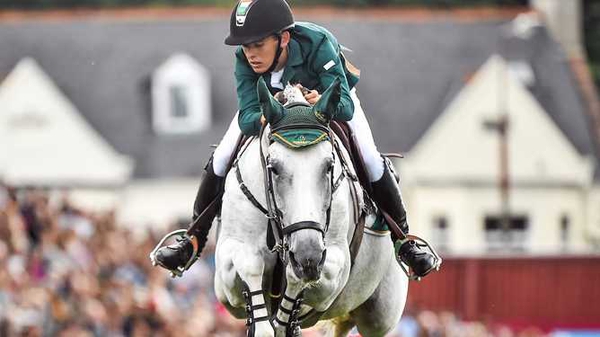