Ireland’s Bertram Allen took a remarkable win at the four-star show at Stockholm on Saturday, claiming the Volkswagen Cup trophy after being drawn first to jump.

Though starting in the worst position of the 17 competitors, the Wexford-born 20-year-old produced a textbook display of speed jumping on Quainton Stud's chestnut gelding Quiet Easy.

Despite rattling a few poles on his way around the course in the Swedish capital he finished clear in a time of 60.95 seconds.

Allen's turn of speed did not become immediately apparent until some of the riders who followed him came home almost four seconds adrift of his time.

It wasn't until Britain's Olympic team gold medallist Ben Maher appeared later with Diva II that the lead seemed in doubt, but when the clock stopped he was still almost a second slower than. 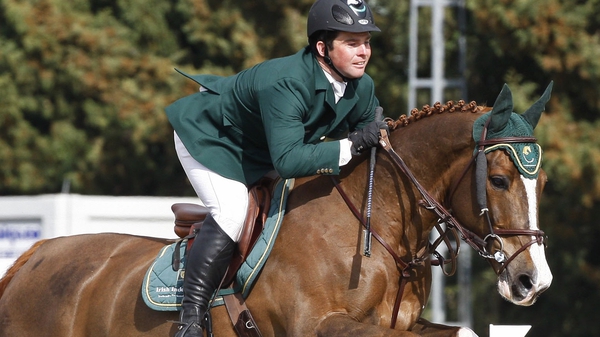