Continuing a recent run of goof form, Cork's Billy Twomey pulled off yet another win on Friday in the first 1m50 competition at Oslo's World Cup Show.

Fresh from three victories at the Horse of the Year Show in Birmingham last weekend, the 38 year-old laid down the gauntlet in the Norwegian capital aboard Sue Davies' grey gelding Tin Tin.

Thirty-fifth to jump from a starting field of 48, Twomey covered the five-star track at blistering speed, overtaking the leading combination of Brazil's Doda de Miranda and AD Nouvelle Europe Z by just under half a second to collect the €5,500 winner's prize.

Twomey is joined at Oslo by Tipperary's Shane Breen, and both riders will be contesting Sunday's Longines FEI World Cup competition, the first in the 2015/2016 series.

In the USA, meanwhile, Conor Swail on Thursday recorded back-to-back wins at the two-star show in Harrisburg, Pennsylvania, taking the opening competition with Viva Columbia, and following with a second. 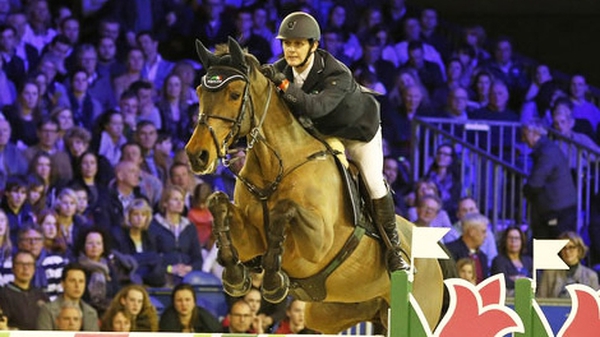 Billy Twomey on song once again with Diaghilev