Denis Lynch, Ireland's sole competitor at the four-star show in Braunschweig, Germany, made it a hat trick of wins today with victory in the Grand Prix aboard Thomas Straumann's Abbervail van het Dingeshof.

Remarkably, the Tipperary-born rider won three consecutive major competitions at the German venue on the 15 year-old gelding over a period of 48 hours.

Today Lynch won a Volkswagen Tiguan car as first prize in the Grand Prix after showing a blistering turn of speed in the 12-horse jump-off.

Despite a heart-stopping hesitation in direction by Abbervail van het Dingeshof halfway through the final round, the duo still managed to outpace their nearest challengers, Germany's Henrik von Eckermann and the nine year-old For Sale, by just over a  second. Eckermann collected €15,000 for his runner-up place.

Lynch and Abbervail won Friday night's Grand Prix Qualifier at Braunschweig, then followed that up with another victory in Saturday's two-round feature class before completing the hat trick with today's Grand Prix win. 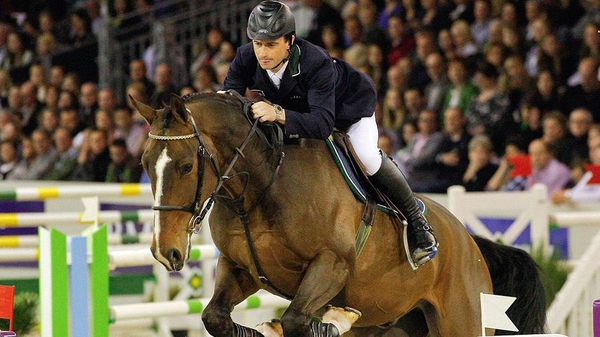