Arcolum Duke gave Irish rider Billy Twomey his second five-star win this month when a notable show of speed nailed the Top 40 competition for the Corkman at Zurich in Switzerland.

Twomey was drawn 14th to jump on Joe Flynn's grey Irish sport horse at Zurich, and then had an agonising wait as the following 24 international competitors tried to put a dent in his leading time of 50.35 seconds.

Last man to go, Britain's World No. 1 Scott Brash aboard the 11-year-old Hannoverian Hello Annie, came closest to equalling the Irish effort, but when the clock stopped he was still a fifth of a second shy of Twomey and Ardcolum Duke, who claimed the €8,000 first prize.

Earlier this month, at five-star Basel in Switzerland, Twomey and the grey stallion took a similar prize, this time leaving Belgium's current World No. 16 Gregory Wathelet to collect the runner-up prize, and beating Brash and Hello Annie into third overall. 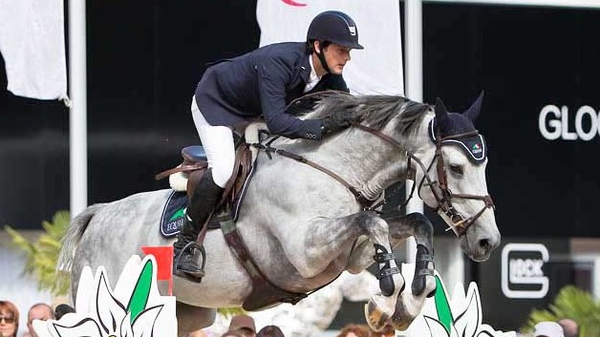