Kilkenny-born Richie Moloney and the Irish Sport Horse Slieveanorra took a spectacular second place in the $500,000 Grand Prix at Wellington in Florida, the climax of the US 12-week Winter Equestrian Festival.

Pipped to the winner's prize of €120,000by Britain's world number one Scott Brash by just over a second in the seven horse jump-off, the Irish rider nevertheless collected €73,000 for his runner-up place.

Tension surrounded the FTI-sponsored five-star Grand Prix over the weekend, with torrential rain and thunderstorms forcing the Palm Beach Equestrian Centre to cancel the competition on Saturday night, with competitors then having to re-prepare their horses for a rescheduled Sunday contest.

However, 38 of the world's top riders turned out in bright sunshine for a share of the rich half million dollar prize purse, but a punishing first round course left just seven with zero scores and a ticket for the jump-off finale to the winter festival, with Moloney the only Irish qualifier.

Though briefly holding the lead with a brilliant round that produced a zero score and a time of 43.64 seconds, 32 year-old Moloney saw Brash, Britain's Olympic team gold medallist, shave 1.2 seconds off his time with the bay gelding Hello Sanctos, to claim victory. 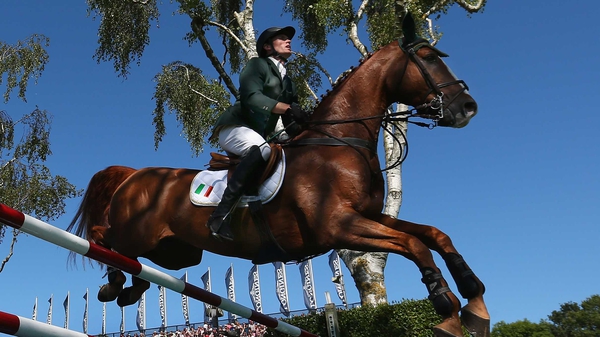