Fallon Sherrock says she no longer feels welcome on the women's tour and is targeting a permanent place on the main PDC tour to escape what she considers a hostile environment.

The 28-year-old has done more for women's darts than anyone in recent years after her landmark run to the third round of the 2020 World Championship, but she claims other female players want to see her and fellow leading light Lisa Ashton lose in the women's series.

Sherrock will again get the opportunity to play at the highest level this week when she participates at the Grand Slam of Darts, a reward for winning the inaugural Women's Matchplay in July.

That is where she feels at home, having opened up about being made to feel uncomfortable among her female opponents and receiving "hate".

"It doesn't matter what I do, I am still going to get hate," she told the PA news agency.

"I could be the best person in the world and I still get hate or I could do everything wrong and still get it. I am at a point now where I am like, 'If you are going to hate me, hate me'.

"I am not going to beat around the bush, I even get it with players now and I genuinely don't care anymore. I am at a point where I don't care what anyone does or says to me.

"It is mostly the women, I am not welcome with the women much anymore, I learned that last weekend in Wigan. I want to try and better myself so I have more opportunity playing on the PDC side with the men, so hopefully I can perform better and improve.

"I feel what me and Lisa have done for the sport, I don't think they realise how much we have helped. 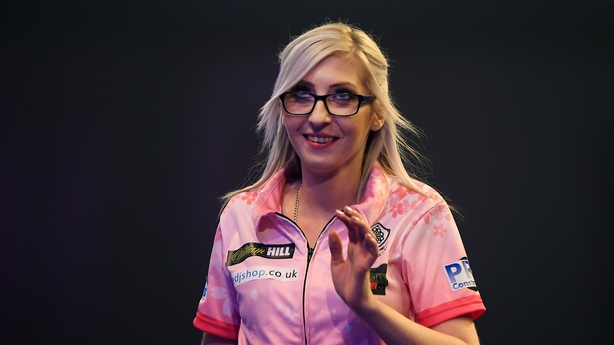 "It's not like they should say thank you, but they genuinely don't care and they are all against us, they cheer against us and it's just not a very nice environment."

She cited an incident in the women's series at Wigan last weekend, where she was playing rising star Beau Greaves in the final and got annoyed by apparent partisan support for the 18-year-old.

Greaves produced a brilliant 148 checkout to save a leg on her throw at 3-3, at which the room raucously cheered, and after losing her composure Sherrock was broken in the next leg and went on to lose a close final 5-3.

"It should be best of order at these events," Sherrock added. "Don't get me wrong, it's all run perfectly - the PDC run it so well.

"I just remember playing that final against Beau, but that roar after her 148. After the match I walked out and could see everyone barring people that were sat on my table watching and cheering and I just thought, 'Do you know what, you should support everyone in the room if they play well'.

"I did let the atmosphere get to me, I should be more professional around it all, I shouldn't let it get to me, but me and Lisa have done so much, it wasn't even the end of the game.

"I could understand if it was the end of the game. It was literally all the room."

Sherrock says the hostility she receives is driving her on.

"It makes me more determined and encourages me to do better because I want to push the game as far as I can and make a good living for me and my little boy and that is the only thing I have in my mindset," she said.

"I want to raise awareness for women to play in sport and things like that so the more I can do for it then brilliant, but at the moment I am just focused on doing myself and my little boy proud."

Sherrock holds no grudge against Greaves, who is destined for the top of the women's game as she has won her last eight tournaments, and would welcome a rivalry.

"Beau is a really good player. She can be as good as she wants to be in herself," she said. "I don't know her that well, I will say 'hi' to her. Genuinely I think she is a great asset to the sport and she can excel as high as she wants to go.

"I am all up for that because it means that it is not all on me and I am not going to get all of the hate." 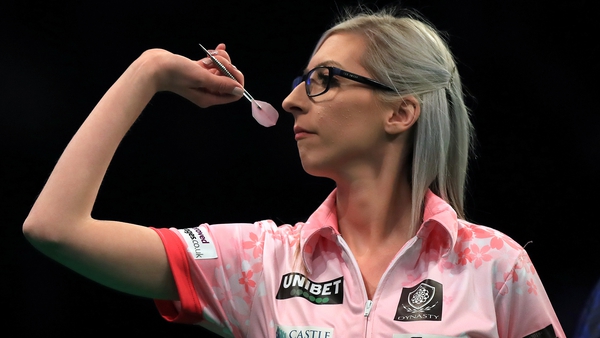