Clayton showed no leniency to his World Cup team-mate as the Welshman never looked back after opening up a 3-0 lead with some heavy finishing.

World number one Price had trailed by two sets in his semi-final against Stephen Bunting before mounting a fine recovery to progress 4-2.

There was no way back at the Morningside Arena on Saturday night however as Clayton continued his momentum to deliver a first major ranking title to add to his 2021 Masters and Premier League triumphs, which puts him into the world's top 10.

'The Ferret' puts on a truly magnificent display in defeating defending champion Gerwyn Price 5-1 to seal the title! pic.twitter.com/ZxH0mFo9nY

Having lost the opening leg of the night, Clayton responded to secure the first set after Price had missed darts to level at 2-2.

'The Ferret' maintained his momentum to take the first leg of the second set on double one, with a hold turning up the heat on 'The Iceman'.

Price, though, stepped things up to break back and force a deciding leg, but could not take out 96 as Clayton landed a double 14 to open up a 2-0 set lead.

Clayton continued to keep the pressure on his World Cup team-mate with a big fish 170 checkout and a 164 finish as he claimed the third set on a deciding leg.

Price eventually found some consistency again around the treble 20 as he finally got on the board when winning another five-leg set to reduce the deficit as the players headed off for a break.

Clayton missed darts to claim the fourth set, but then took out 110 to edge closer to a maiden major ranking victory.

The crowd did not have to wait long for Clayton to deliver, as a 152 finish put him 2-0 up before he closed out 116 on double top.

"This might be the third (title of 2021), but it is the first one which counts," Clayton said on Sky Sports.

"It is what dreams are made of. We all play to win a big major, it is a ranked (event) and my first one.

"And now it is world number seven Jonny Clayton, which is brilliant."

Price, who hit eight maximums, paid tribute to his good friend, having won the 2020 World Cup together.

"He did not miss a double early on to get off, and was phenomenal," Price said.

"I had a chance, but did not take them a couple of times and Jonny was winning the big moments.

"He was too strong today, fair play to him, he was fantastic." 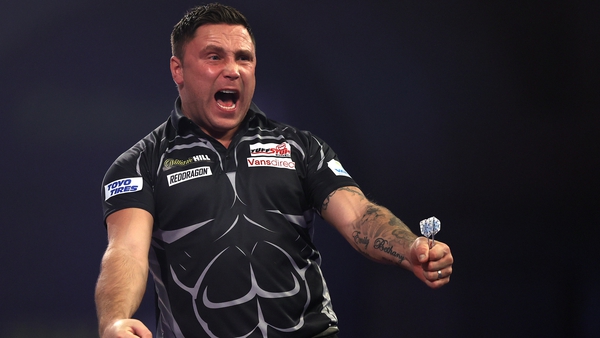