Former world champion Andy Fordham has died at the age of 59.

A statement posted by the BDO on its Facebook page on Thursday confirmed the news regarding 'The Viking', who was one of the most popular players in the sport.

It read: "The British Darts Organisation are deeply saddened to hear of the loss of the darts legend Andy (The Viking) Fordham, a true gentleman of the game who will deeply missed by all.

"Our hearts and thoughts are with his family at this time."

Fordham, who required a life-saving bowel operation in 2020 and was diagnosed with coronavirus at the start of this year, made headlines in 2004 with a thrilling 6-3 win over Mervyn King in the BDO World Championship final at Lakeside.

After a health scare in 2007 where doctors told Fordham his liver was 75% dead, he enrolled on reality TV show Celebrity Fit Club and joined the Professional Darts Corporation in 2009. 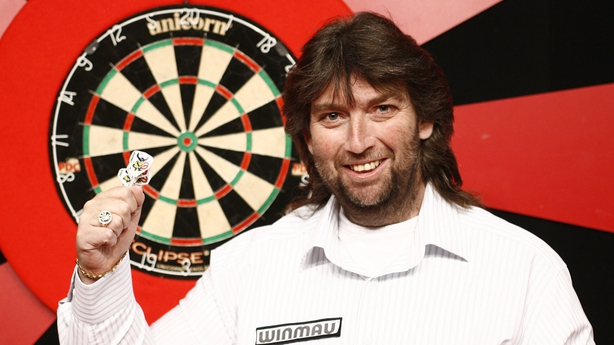 The Bristol-born player would later return to the BDO and qualified for the Grand Slam of Darts in 2015 where he claimed a first televised win in 10 years over Wayne Jones.

Adrian Lewis had also faced Fordham in that event and paid tribute to him on Twitter, saying: "Sad to hear the passing of a legend Andy Fordham. Our thoughts are with his family."

"He was a gentle giant and loved by all. Our condolences go out to his wife Jenny, family and friends. RIP Andy Fordham, The Viking."