In the strangest of years, it's kind of funny that Keane Barry’s plan has come together.

With all the turmoil that has taken place over the last nine months, anyone could be forgiven for scrapping their 2020 ambitions and tossing the paperwork in the bin.

Flagship sporting events like UEFA's European Championships and Olympics postponed, All-Ireland finals in December behind closed doors, the year was one long setback after another.

But Barry, the 18-year-old from Duleek in County Meath, has managed to navigate his way through and finds himself back on the big stage as he takes an opening-night slot at the World Darts Championship at Alexandra Palace on Tuesday.

His Irish Matchplay victory in Citywest in October 2019 set him on course to become the youngest ever Irish player at the event and while he lost in the first round to Vincent van der Voort, gave a good account of himself and within a month had picked up both the top prizes available in the junior ranks of the PDC and the BDO, now defunct.

In late January, he narrowly missed out on securing a ProTour card when beaten in the final on the last day of Q-School.

"I'm happy with that," Barry tells RTÉ Sport. "I'll look back and think I didn't do too bad.

"I didn’t put pressure on myself, I knew I was enjoying my darts and if I just let them flow they normally go where I want. If I just relax and play my own darts I play a lot better than if I put pressure on."

With a Tour card secured from his run at the Development Tour events in late September, Barry then got an invite to the Winter Series of the ProTour, a five-day event held in Coventry in November, where he got his first taste of action.

Barry picked up eight wins and reached the last 16 on Day 2. When you look at the names that beat him, and the scorelines, it makes for an impressive debut.

"I pushed them all the way, maybe it was just a lack of experience," he says, content in the knowledge that he can mix it with the best.

"I made a good name for myself, they know for next year I’m not just there to take part.

"It was a free shot, I’ve seen how it is for next year. I’ve seen what it’s like and it’s go from the start." 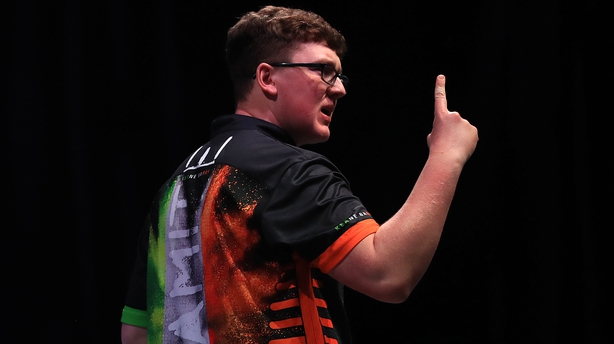 Barry, who faces Canada’s Jeff Smith (91 on the PDC's order of merit) this evening in the third game of session, is one of seven throwers from Ireland who have qualified for the tournament.

There will be 1,000 fans in attendance tonight but thereafter is behind closed doors due to London moving into tier three restrictions.

"It’s a tough draw," admits Barry, who would face Chris Dobey (23) in the second round if he wins.

"Jeff is a really good player, he’s very solid. But I just need to go up and play my darts and I’ve a good chance."

In a crazy year, it’s perhaps no surprise the list of major winners is so spread out.

Current world champion Peter Wright, who faces Steve West or Amit Gilitwala, won the Masters, while Michael van Gerwen, starting the tournament as favourite before his opening clash with either Ryan Murray or Lourence Ilagan, won the UK Open and the recent Players Championship Finals, but that’s considered a poor year for the world number one, who has struggled for consistency.

Belgian Dimitri van den Berg impressed in his Matchplay victory, while Jose de Sousa of Portugal came out of nowhere to pick up the Grand Slam title.

Gerwyn Price won the World Cup alongside Clayton and also the Grand Prix, which is normally held in Dublin but was hosted in the Ricoh Arena. 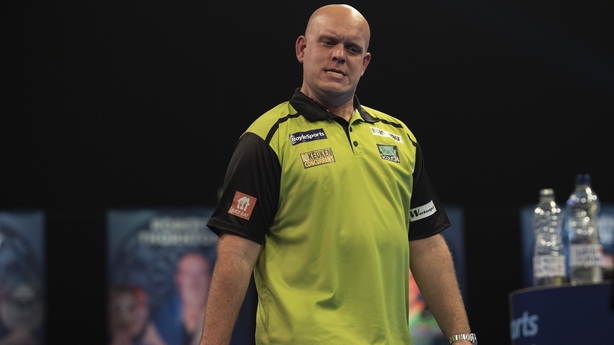 The disrupted Premier League was claimed by Glen Durrant. It would hardly be a massive shock if any of that list, with the exception of De Sousa, was to win the whole thing.

Former double champs Gary Anderson and Adrian Lewis are lurking, while James Wade, Simon Whitlock and Smith have both shown decent form that suggests they believe they could feature.

Aspinall loves the event, too, and has reached the semi-finals for the last two years.

Barry agrees that this renewal, which again features two women qualifiers - Deta Hedman and Lisa Ashton, could be the most open race in a while.

"If you look at the last few majors there have been a lot of surprises and I think it’s going to keep happening because no-one is really afraid of anyone anymore," he says.

"Everyone goes up there and believes in their own game, you can see that.

"You see the draw and there are some really tasty ties in the first round, it will be interesting to see how it unfolds."

Limerick's Willie O’Connor (ranked 36) is in first-round action against Dutchman Niels Zonneveld on Wednesday afternoon and a win would set up a clash with Daryl Gurney (11) from Derry on Thursday.

There’s a double-Irish serving on Friday afternoon with Tyrone’s Mickey Mansell, currently "practicing as much as anyone", taking on New Zealand’s Haupai Puha.

Teehan says: "Practice is going well. I'm feeling good and have been playing the online PDC Home Tour, which is good competitive practice.

"Last year was good. I played well and hopefully the experience will set me up well."

Carlow native Steve Lennon (47) faces Swede Daniel Larsson in his opening game on Friday, hoping to book a date with the quickly-improving Devon Petersen in the next round.

"I feel better this year than I have for previous years," says Lennon, who missed match darts in his first-round defeat last year.

"I've been playing well this year so if I can just stay positive and composed hopefully, I can get a run."

Also starting in round two is Fermanagh’s Brendan Dolan (30). 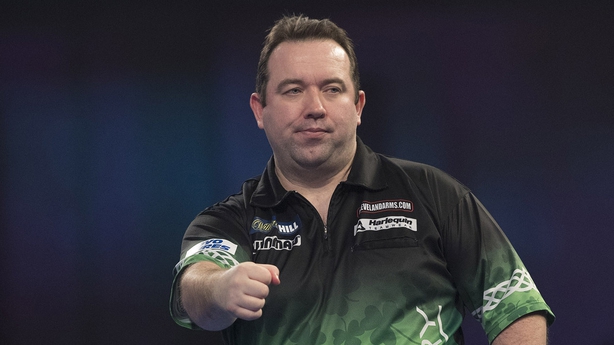 The History Maker made it all the way to the quarter-final two years ago and is working on a new technique, which he hopes will get him past Mike De Decker or Edward Foulkes on Tuesday week.

The winner of the event, which features 96 players from a record 29 countries, will take home a cheque for £500,00 on 3 January.

It’s heady stuff, especially for a young man like Barry, but he won’t be getting carried away.

"Everything has been happening at the one time. The last two years it’s all kind of really happened.

"It was coming in a way because I knew my game was there but I couldn’t actually get it to where I wanted to be. It’s finally coming into effect and I think there’s a lot more there."

Gary Anderson's second round game has been moved back and switched with Jonny Clayton's match, with the Scotsman currently having to self-isolate due to contact with someone who tested positive for Covid-19.