Dressing up as an elf, Elvis Presley or a nun and singing loudly while watching darts at London's Alexandra Palace has become something of a pre-Christmas ritual but things will be a little more sober at this year's PDC World Championship.

The tournament starting on 15 December, featuring seven Irish players, will be limited to 1,000 fans per night due to the Covid-19 pandemic and fancy dress and football-style chanting will be strictly prohibited.

The draw for the opening rounds takes place on Thursday morning with Ciaran Teehan, Keane Barry, Mickey Mansell, Steve Lennon, Willie O'Connor, Brendan Dolan and Daryl Gurney all set to find out their opponents in the 96-player field. 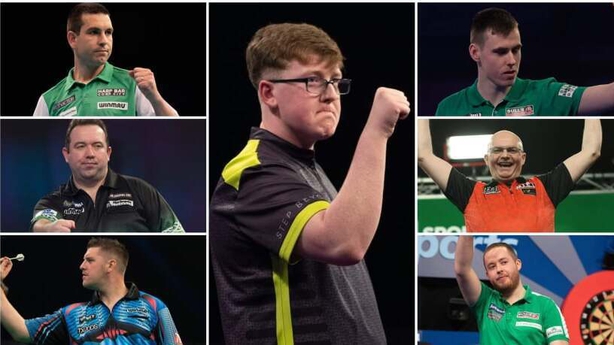 "Unfortunately, for this year only, we are unable to permit any spectators on site in fancy dress," the Professional Darts Corporation said. "Christmas jumpers, however, are allowed.

"Football-style singing and chanting will not be permitted, however you will be able to encourage your favourite players from your table. Failure to adhere to requests from event security to comply may lead to your removal from the event."

Beer and food can still be consumed at tables limited to four from the same household or support bubble, as long as it is ordered via a mobile app.

The tournament will be the first PDC event to have a live crowd since March when the pandemic took hold.

London is in the British government's Tier 2 restrictions which means a limited return of fans to sporting events is permitted.