Peter Wright believes his first PDC World Championship title is reward for never giving up after he defied the odds to beat Michael Van Gerwen 7-3 at Alexandra Palace.

It was a triumph of patience and perseverance for the 49-year-old, who lost to Van Gerwen in the 2014 final, as he denied his world number one opponent a fourth title.

"The chances I used to give Michael, he gave me them," Wright told Sky Sports.

"'Champion of the world' sounds amazing. You should never give up, it doesn't matter how many times you get beaten. I've done it."

"Everything I missed, he took out. His finishing was phenomenal and I can only blame myself.

"I had six darts to break throw in the fifth set, and if you don't take chances like that, you don't win, simple as that." 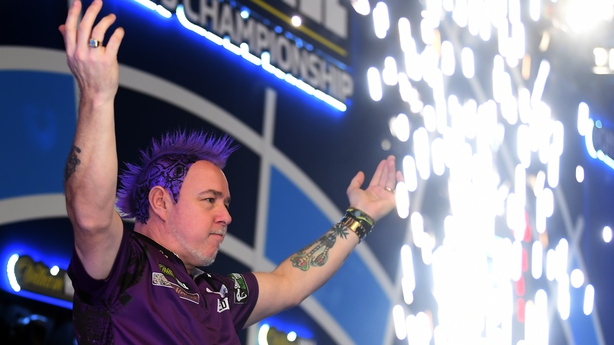 The opening two legs of an eagerly awaited encounter went against the throw and Van Gerwen was agonisingly close to a 170 checkout in a first-set decider, narrowly missing the bullseye, before Wright closed out a double-top finish.

It was exactly the start Wright needed and he continued a high-class opening in set two - taking it 3-1 and opening up a clear early advantage.

Van Gerwen, though, hit back immediately, needing just 37 darts to whitewash Wright in set three, when he averaged 122, before a tight, tense fourth set also went the Dutchman's way 3-2. 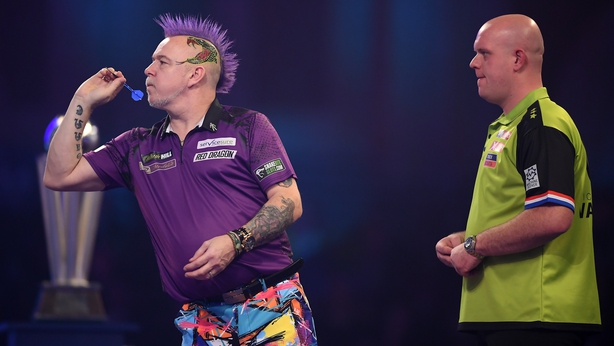 With his 180 count beginning to mount - he hit seven maximums in the first four sets - Van Gerwen was off and running in pursuit of another world crown.

Wright had to somehow halt his charge and he did exactly that in set five - with a considerable amount of help from his opponent.

Van Gerwen's double trouble continued in the sixth set, which saw Wright claim a whitewash and reopen a healthy lead, yet Van Gerwen pegged his opponent back by making it 4-3.

But back came Wright in set eight, capitalising on another missed Van Gerwen double in the deciding fifth leg to put daylight between him and his opponent once again.

Wright then clinched a five-leg set to go 6-3 up and close in on the title, before Van Gerwen responded by going agonisingly close to a nine-dart leg in set 10.

But Wright was not to be denied and he closed out the match with a double 10 shot to see him crowned world champion and spark emotional scenes of celebration. 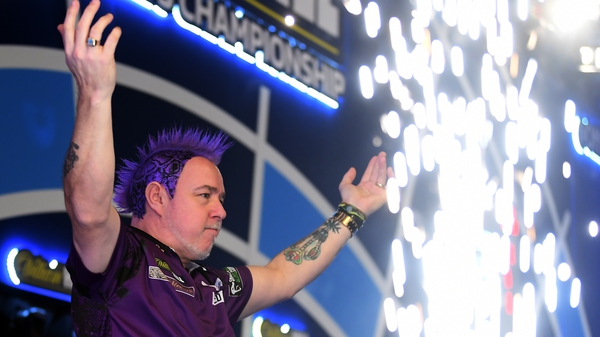 Snakebite turns on the style for first PDC World title