Keane Barry is hoping that he wins over the Ally Pally crowd when he steps up the oche for his World Championship debut this evening.

The Dutch man, ranked 33 on the order of merit, is a fan favourite and will be appearing at his 12th World Championship.

However, the luck of the draw – or the PDC’s scheduling department – has ensured that Barry will get a rousing reception with no fewer than four Irish players on the card.

Brendan Dolan's win over Nitin Kumar yesterday afternoon ensured that it would be a 'full Irish’ session at the North London venue tonight (7pm).

Carlow’s Steve Lennon opens proceedings against Callan Rydz of England, who will also be making his debut.

Willie O’Connor from Limerick, and Lennon’s partner on the Republic of Ireland team that got to the World Cup of Darts final, is up against Marko Kantele of Finland in the second game.

I thought Nitin played really well but thankfully I kept my composure at the right times to hit the important doubles and get what looks like a comfortable victory.
I wish Nitin all the best for the future - but now to get ready for Round 2 against @GaryAnderson180 tomorrow. 👆🏻 https://t.co/6RcjXdmbDP

"Hopefully the crowd will be all behind me," Barry, who will become the youngest Irish player ever at darts' showpiece tournament, told RTÉ Sport.

"Vincent is a legend in the game. When I was six months old he was making his debut at the Lakeside.

"He’s been around a long time and he knows what he’s at. To play a player of his calibre is what dreams are made of.

"It will be great being up there on that stage and walking out and hopefully everyone will be singing my name at the end of the night, with a bit of luck.

"It’s going to be a class experience. I just need to take it all in.

"It will be good for my whole family to show that all the sacrifices were worth it in the end."

Barry qualified after winning the Tom Kirby Irish Matchplay at Citywest in October. He says the magnitude of his achievement only began to sink in over the last couple of weeks.

He added: "Me and my father were watching the draw in my nanny’s house and we just looked at each other and said ‘right, this is happening and it’s time to put in the hard work and get things done’.

"I’m looking forward to it and I know if I play my own game I’ve a real good chance." 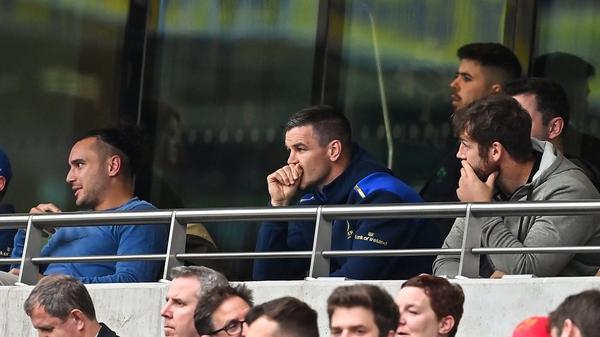