The world number one, a previous winner in 2014 and 2017, bullied Smith and posted a 7-3 victory to move clear of Adrian Lewis, John Part and Gary Anderson in the list of PDC world champions.

Smith threatened to make a game of it when he clawed an early deficit back to 4-2, but he will be going to bed tonight with regrets as a string of missed doubles cost him in his first ever final.

The Dutchman, although not at his imperious best, was a worthy winner as he averaged 102.21.

The title consolidates his position at the top of the men's game and while he might struggle to match the phenomenal numbers of 16-time world champion Phil Taylor, Van Gerwen looks set to reign supreme for a good while yet.

He set the tone in the opening leg, just moments after being booed by a partisan crowd, by posting a 129 checkout and went on to claim the first three sets with ease.

It looked like a whitewash was on the cards as he raced into a 4-0 lead, courtesy of some wayward finishing from a nervous Smith, who somehow missed four darts at double 12 in the final leg of the fourth set.

With the match on the verge of slipping away - Van Gerwen on a finish for 5-0 - Smith picked himself up off his haunches and mustered a brilliant 124 checkout to steal the set off the Dutchman.

And within minutes it was 4-2 thanks to back-to-back bullseye finishes from Smith, who suddenly had all of the momentum. 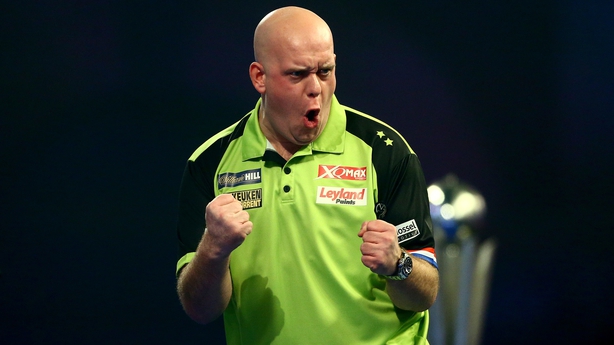 But Van Gerwen responded in style, stemming the tide by winning the seventh set on his own throw at a canter before crucially breaking Smith's throw to regain a four-set advantage.

Smith, whose previous best performance at the tournament was a quarter-finalist in 2016, will be having nightmares about it, though, as he had three darts to take out 25 and seal it, but again was found wanting on his doubles.

That allowed Van Gerwen to throw for the title, but he fluffed his lines and Smith broke to threaten another comeback.

"It's the best feeling I can have, I worked so long for this.

"To win this trophy is phenomenal, it's the most important thing for me.

"I was a little bit nervous but my body was pumping. Michael wasn't going away and I didn't want to give him anything.

"He always makes it hard for me, he's a good player and one day he will win this trophy. I'm really glad I could stop him today."

Smith's frustration at the doubles he missed was evident as he said: "I couldn't get going. I lost 7-3 but if I took those chances then it's 5-5.

"I'm sorry I didn't put on a better show, I'm gutted at the minute.

"It's my first final but I can guarantee it won't be my last and I will lift that trophy." 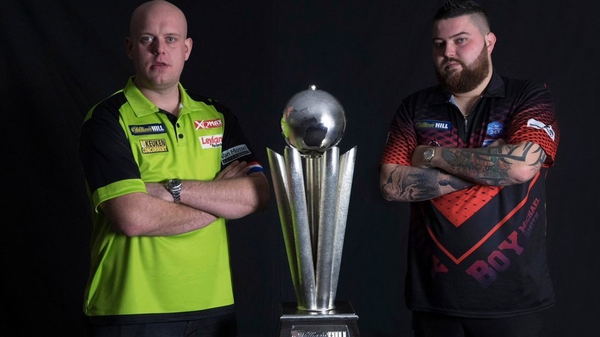