The 2019 World Championship kicks off tonight at Alexandra Palace and it begins as probably the most wide open tournament in PDC history.

Phil Taylor, the 16-time champion of the world, used to dominate the game. The Power is gone, retiring last year after defeat in the final to debutant Rob Cross.

Michael van Gerwen, the world number one and heir apparent to the crown, has won 19 tournaments this year – but only one major, the Grand Prix in Dublin.

In fact, six men have shared the silverware in 2018: Cross, the world champion; Gary Anderson is the UK and Matchplay winner; James Wade, the main man in Europe; Gerwen Price, the ex-rugby professional a controversial Grand Slammer, and Derry’s Daryl Gurney was the best of the bunch at the Players Championship at the end of November.

The above list can also be supplemented by Mensur Suljovic’s Champions League win in 2017.

That year five men claimed Major wins with Peter Wright getting his one and only big title in the form of the UK Open.

MVG mopped up in 2016, winning all bar the World title after a shock defeat to compatriot Raymond van Barneveld. 2015 had just three different winners. 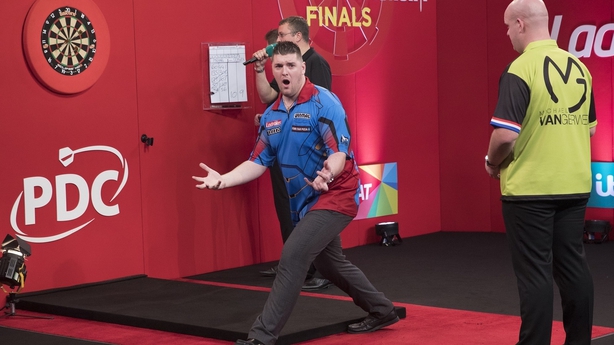 The Dutchman has always played it down the comparisons himself, but when he was improving the televised three-dart average record from Taylor’s 118.66 to 123.40 in 2016, a feast was meant to follow.

He has 29 major wins (Taylor notched 78), but only two world titles.

What’s to account for so many different winners this year in particular?

"We’ve seen what Michael can do and how good he is with his 100 averages. It’s made everyone else practice a lot more and dedicate themselves," Gurney told RTÉ Sport ahead of the showpiece, in which a field of 96 players from 28 countries will compete across the Christmas and New Year period.

"If you want to win tournaments you’ve got to beat the best.

"So everyone is putting in the hard work, putting in the hours, getting themselves mentally ready and because there are so many tournaments you are getting a lot more match practice.

Here is the confirmed draw for the 2018/19 @WilliamHill World Darts Championship! pic.twitter.com/dao4VL2YX4

"Every week you are getting competitive darts against the best in the world, which improves everyone’s game.

"The standard in the PDC has improved and everybody is being more professional."

Gurney is one of six Irish players at the expanded tournament, which boasts a prize fund of £2.5m, with a cool half million going to the winner.

Down’s Kevin Burness, winner of the Tom Kirby Irish Matchplay, will make his World Championship bow against Paul Nicholson on Friday afternoon with the winner back in action against 2015 and 2016 winner Gary Anderson.

On Saturday Mickey Mansell (63 on the order of merit) from Tyrone takes on Canada’s Jim Long with a shot against Benito van de Pas up for grabs.

A win there would set the 25-year-old up against Alan ‘Chuck’ Norris. 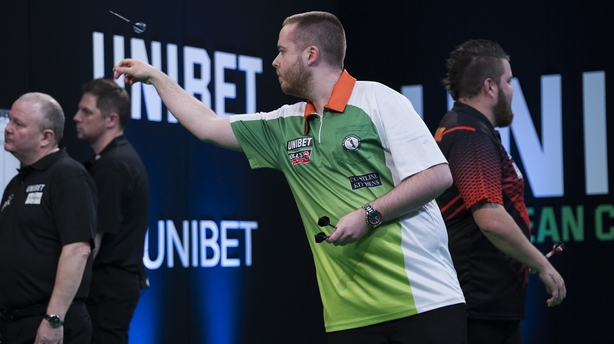 Gurney maintains that he'll treat the tournament like any other, but does admit that winning the Players Championship has moved him onto the next level.

"Definitely [it’s a massive step up]," he said.

"I thought to myself, if I can win another one, I can win a third and a fourth"

"There are doubters out there who might say, ‘you’ve only won one, you’d a bit of luck that week. In the Grand Prix Michael got beaten in the first round, Gary wasn’t in it [for family reasons].

"With all the players in it this time it felt a lot better. I thought to myself, if I can win another one, I can win a third and a fourth."

Apart from the expanded format, the other new aspect of the tournament is the introduction of two places for female qualifiers.

Ashton will be joined by Anastasia Dobromyslova, with the Russian ace set to take on Ryan Joyce in her opening tie on Monday.

The bookies have Van Gerwen as the favourite with Anderson in second.

Wright is still third on the list despite some inconsistent form.

Premier League finalist Michael Smith is next on the list followed by Suljovic and Cross, while Gurney and Price are outsiders.