Steve Lennon is in London for a couple of days and tonight he'll go for a game of darts.

That’s as complex as the young Carlow man wants it to get as he prepares, less than a year after earning his PDC tour card, to make his World Championship debut.

Lennon has no snazzy darts nickname, but 'Cool Hand' might be appropriate given his deadpan style on stage. He doesn't do Twitter.

He’d like to walk on to the Horslips’ Dearg Doom but "they didn’t play it the last time" so he’s not sure where Sky Sports are at with that one. 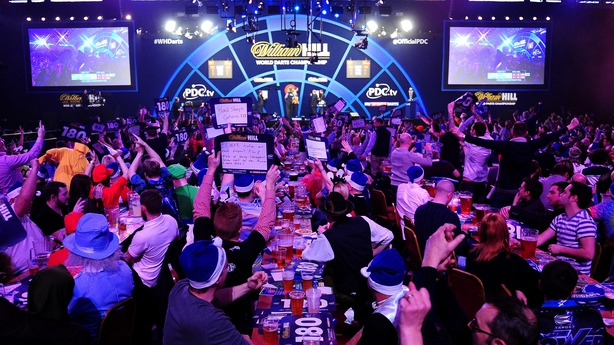 And the former Waterford IT Business student doesn't sound too bothered about it either.

Having already overachieved this season, Lennon has no reason to get caught up in the hype that surrounds the sport's premier event.

The Ally Pally will be packed, there will be millions watching on TV but he has nothing to lose when he faces world number 13, Michael ‘Bully Boy’ Smith.

So far it's been a tournament of upsets and the 27-year-old St Helen’s man, a former world youth champion, knows all about shocks. In 2013 he knocked out then-champion Phil Taylor in the second round. 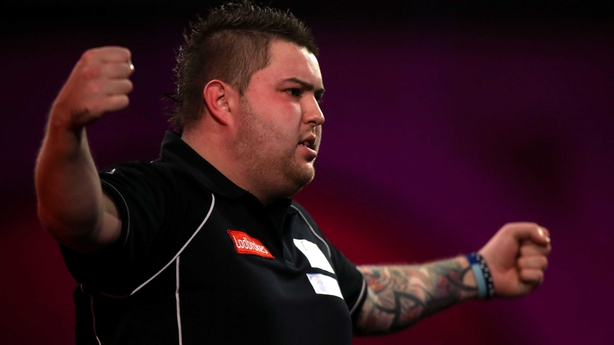 "The pressure is on him more than me, I suppose," Lennon, who turned 24 last month, tells RTÉ Sport.

"I’m just trying to stay as relaxed as possible.

"[Qualification] was a massive achievement for me. I couldn’t believe it because it wasn’t something I’d anticipated in my first year. I was over the moon.

"I watched the opening day of the tournament to familiarise myself with it but it’s more excitement than nerves at the moment. I hope it stays that way."

The top seeds hate the opening round. It’s always a potential banana skin and there have already been some notable slips.

On Monday night 63-year-old Paul Lim knocked out Mark Webster, and last night, in the biggest upset of all, Germany's Kevin Munch, who had to win a preliminary tie earlier in the evening, knocked out two-time winner Adrian Lewis.

"It’s all on the day," says Lennon of the game against Smith, who has reached at least the third round in London in the last four renewals.

Lennon, who throws 24-gram unicorn darts, learned his trade in the Workman’s Club in Carlow, his potential spotted, he started playing county darts at the age of 14.

After winning the 2014 Irish Youth Matchplay championship he stepped up to the PDC’s development tour and soon realised he was able to "keep up".

"I finished fourth on development tour last year and that meant free entry to Q-School so I decided to give it a go this year."

By day three, from a field of about 400, the six-footer had won an automatic spot on tour.

His form during the year earned him a place at the Grand Slam in November.

He emerged from a group containing Raymond van Barneveld before meeting world number one and eventual winner Michael van Gerwen in round two.

He managed to take three legs off the Dutchman but couldn’t live with a 105 average in a 10-3 loss.

"When you know you are playing the number one in the world it’s a kind different of pressure," says Lennon, who is averaging about five hours a day on the practice board in advance of the game.

"At the start I expected him to play a lot better than he did. The nerves got to me in the end unfortunately."

Ahead of the draw for the Worlds, Lennon was thinking that if he could avoid MVG, then he’d be happy so the prospect of facing the 2016 Premier League participant won't faze him.

Whether the organisers manage to get Dearg Doom ready for the walk-on or not, he’ll just enjoy the night.

It’s only a game of darts after all.