Defending champion Gary Anderson booked his place in the quarter-finals of the William Hill World Darts Championship with a 4-2 win over Benito van de Pas at Alexandra Palace.

Anderson, the second seed, held off a spirited display from 23-year-old Dutchman van de Pas to open up a 3-0 lead without missing a double and producing nine maximums.

After the Scot had missed a dart at double top to win 4-0, Van de Pas rallied to reduce the deficit to 3-2.

However, Anderson - aiming to win the Sid Waddell Trophy for the third time in a row - made sure of a place in the last eight as he closed out victory with a match average of 107.8, which was the highest of the tournament so far. 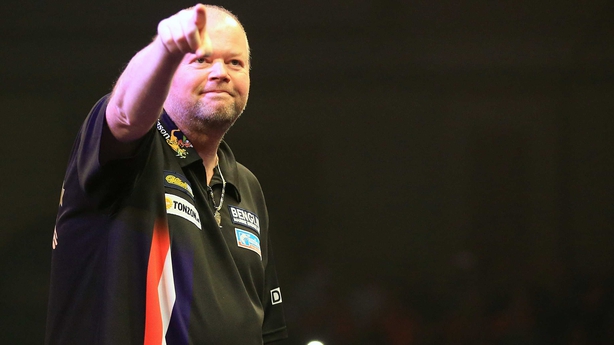 Fifth seed Lewis, who won the PDC world title in both 2011 and 2012, took the opening set before Dutchman van Barneveld, the 2007 champion, levelled with a 70 checkout.

Van Barneveld, a four-time winner of the BDO world crown and beaten by 'Jackpot' Lewis in last year's PDC semi-final, moved ahead at 2-1.

However, Lewis made the most of the Dutchman's failure to finish off the fourth set and squared the match once more.

Lewis maintained his momentum with a 106 checkout to take the fifth set for a 3-2 lead, only for Van Barneveld to find his range on the doubles again and force a decider.

It was the Dutchman who then held his nerve to deliver a 52 checkout with the final dart at double 16 which secured the set 3-1 and a place in the last eight against either Phil Taylor, the 14-time PDC champion, or Belgian Kim Huybrechts on Friday. 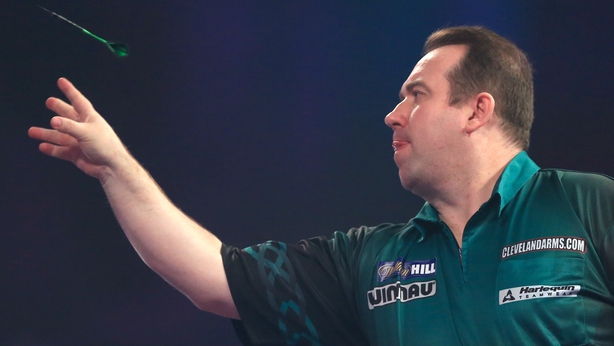 Dutchman Klaasen, who won the 2006 BDO world title as a 21-year-old outsider, beat Brendan Dolan of Northern Ireland 4-0 during which he twice came close to a nine-dart finish.

Klaasen will next meet Dave Chisnall, with the winner then set to take on Anderson for a place in the semi-finals. 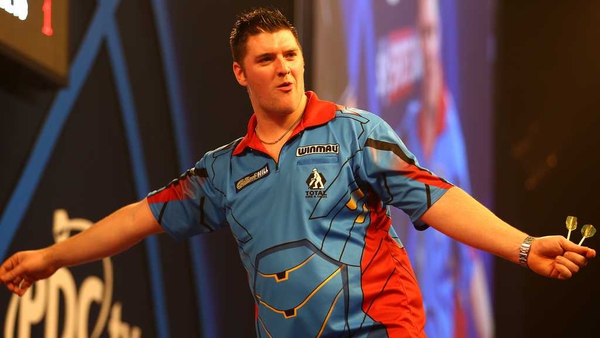