Phil Taylor kept his hopes of a 15th PDC World Championship title alive after booking his place in the third round with a 4-1 win over Kevin Painter.

The former world number one was below his best and only operated at 28pc on the doubles but Painter missed a number of opportunities and was made to pay.

It had started well for Painter as he dominated the first set and a half and had darts to take a 2-0 lead before Taylor quickly reeled off two comfortable sets to level.

The decisive action came in the third set, which went to a fifth leg, as Taylor was inexplicably allowed to get away with missing 10 darts on a double, with Painter missing three of his own on double 10 and the chance to level the game slipped away.

Taylor made Painter pay for that let-off and then won the final two sets with ease to seal his passage, which included a 170 checkout.

Two-time champion Adrian Lewis and Peter Wright booked their places in the third round in rather more serene fashion, with both players yet to drop a set in this year's competition so far.

Lewis, the 2011 and 2012 winner, averaged 103.52 and dropped just two legs in thrashing Andrew Gilding 4-0, while Wright admitted he struggled despite beating Ronny Huybrechts by the same scoreline.

"I thought I'd lost my mojo over Christmas, my consistency wasn't there," the 2014 runner-up, who will next play Dave Chisnall, told Sky Sports.

Terry Jenkins was sent packing by 2008 BDO world champion Mark Webster, with the Welshman easing to a 4-0 victory to set up a clash with Alan Norris, who saw off Joe Murnan 4-1, while Mensur Suljovic will next play Lewis after edging past David Pellett 4-3. 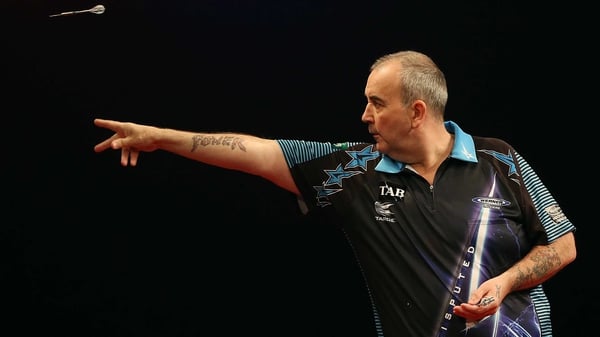 Phil Taylor on mission to be 'best there's ever been'