Raymond van Barneveld squeezed out Stephen Bunting for the second year in a row to reach the last 16 of the PDC World Darts Championship after a pulsating clash at Alexandra Palace.

The pair met 12 months ago in the quarter-final stages, with Van Barneveld eventually triumphing by the odd set and the Dutchman was once again taken to a decider in Sunday night's second-round match.

At 2-2 in the seventh set, and needing to win by two clear legs, the game was still in the balance but Van Barneveld, who earlier in the day announced he had become a grandfather, held his nerve to edge another thrilling encounter 4-3.

The 48-year-old, seeded 16th this year, admitted he felt fortunate to progress, telling Sky Sports 1: "I'm the lucky one tonight, I think Stephen should have won.

"I was so tired, maybe this belly is still full from Christmas. I tried to keep on going. He played well but I could have played a lot better than this and I'm lucky."

"I was so tired, maybe this belly is still full from Christmas."

The first four sets went against the throw before Van Barneveld stole a march with his fourth and fifth ton-plus finishes of the match and an 11-dart leg moving him 3-2 ahead, only for Bunting, the 17th seed, to capitalise after his opponent missed four darts at doubles before a 57 checkout allowed the 30-year-old from St Helens to level.

Van Barneveld, who struggled with his doubles throughout, gave his opponent another let-off in the second leg of the seventh set, but he rebounded by nailing double 12 and then tops to take the match.

Bunting, who made 15 180s in the match and averaged 98.18 to Van Barneveld's 94.63, was once again magnanimous in defeat, saying: "(It was a) fantastic game again, we always have really good games and now I hope he goes all the way and goes on to win it."

Van Barneveld's compatriot Vincent van der Voort, seeded 15th, battled back from 2-0 down to storm to a 4-2 win over Kyle Anderson. 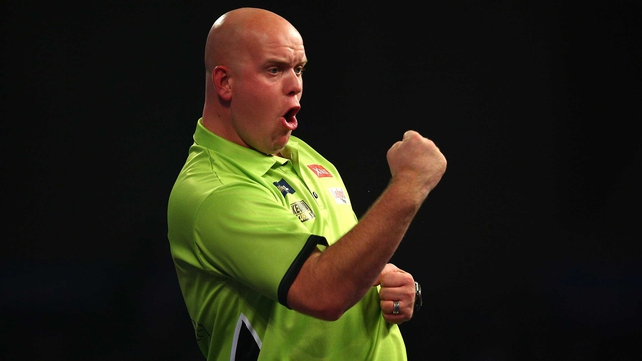 The Dutchman, who reached the quarter-finals last year, sealed victory with a fabulous 134 checkout to set up a third-round clash with reigning champion Gary Anderson.

Michael van Gerwen underlined why he is one of the favourites to take this year's crown after a comprehensive 4-0 victory over Darren Webster, who won just one of the 12 legs.

Van Gerwen was given a major test of his credentials in his first-round match, where he was taken to a decider by the unheralded Rene Eidams, but the Dutchman was in imperious form in the last 32.

The 2014 champion threw six perfect darts in just the second leg before missing his seventh straight treble 20, but a 117 checkout ensured he wrapped up the first set, while finishes of 121 and 136 moved him 2-0 ahead.

While Webster finally got on the board in the third set, it was not enough to stop the Van Gerwen juggernaut and another ton-plus finish, in which he took out 160, helped the 26-year-old seal a clash with Van Barneveld.

"It was my goal to be good from the beginning to the end, and I played amazing," said van Gerwen, who averaged an astonishing 109.23. "Everyone needs to look out for me now."

Three-time semi-finallist James Wade had no problems against Wes Newton, breezing to a 4-0 victory. Wade was in second gear as he outclassed Newton, who couldn’t lay a glove on his fellow Englishman. 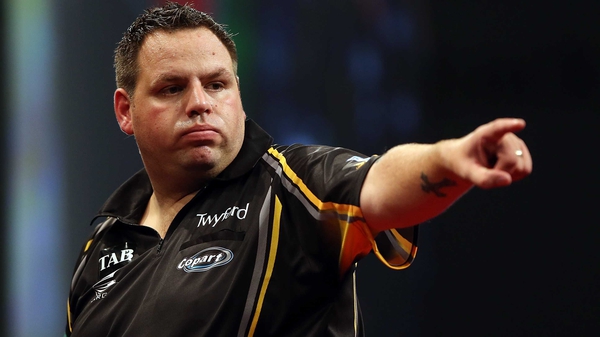