Northern Ireland’s Daryl Gurney went down fighting as he exited the World Championship after a 4-1 defeat at the hands of reigning world champion Gary Anderson on Saturday night.

Anderson, who defeated Phil Taylor in the final last year, won 4-1 to set up a clash against Vincent van der Voort or Kyle Anderson in the next round.

'The Flying Scotsman' flirted with a nine-dart finish in the opening leg but missed treble 19 to eventually finish with an 11-dart leg. Derry man Gurney took the first set 3-2 and broke Anderson in the opening leg of the second with a 139 checkout.

But Anderson responded beautifully in the following leg with the second 170 checkout of the tournament. Gurney then missed double 16 to take a two-set lead before Anderson hit double five to take the set and draw level at 1-1.

Anderson snatched another set as Gurney failed to convert four chances, the Scotsman hitting double 10 to take a 2-1 lead.

Another nine-darter came agonisingly close for Anderson in the fourth set. Despite a 116 finish from Gurney, Anderson saw out the fifth set with the double which helped him clinch last year's title - double 12 - to seal the win. 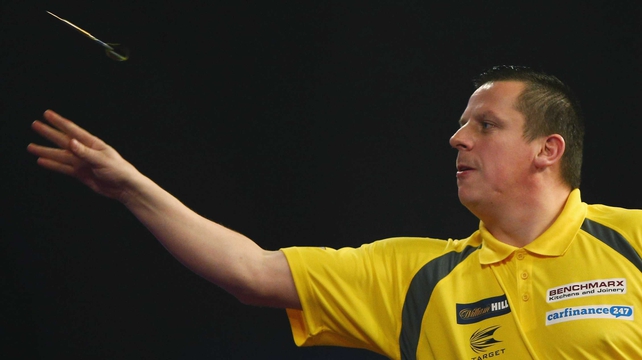 Chisnall started the match confidently with a 104 checkout on a 15-dart opening leg before claiming a tense first set 3-2. He then moved 2-0 ahead with a 72 checkout to take the set 3-1 - the first set he has played in this tournament that has not gone to a 3-2 scoreline.

The St Helens man was in buoyant mood, whitewashing Dutchman Kist in the third set - which included an impressive 138 checkout - to go 3-0 up.

Kist, a former BDO world champion, pulled one set back in the fourth, highlighted with an 11-dart leg, to give him hope. But Chisnall broke in the second leg of the fifth set before winning in style with a 97 checkout. Chisnall will either play fourth seed Peter Wright or Ronny Huybrechts.

In the opening match of the night, Jamie Caven reached the last 16 for the first time after a 4-0 rout over Ricky "Rapid" Evans, losing only one leg in the match.

With both men renowned for their quick style of play, the fast-paced encounter lived up to its billing as Caven hit a 180 with his first three darts en route to claiming the opening two legs. Despite Evans breaking the 23rd seed back in the following leg, Caven closed out the first set 3-1.

Evans, who shocked world number 10 Simon Whitlock in the previous round, could not get out of first gear as Caven cruised to victory, having a 60% success rate on his checkouts, to set up a meeting against Wes Newton or James Wade. 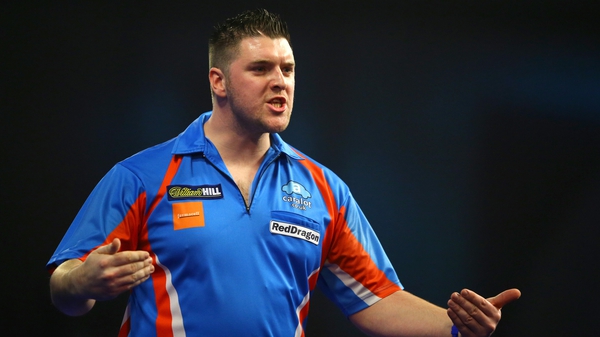