The maestro saw off Belgian Kim Huybrechts, who was fighting for survival in the competition, 7-4 in front of over 9,000 fans in the 3Arena in Dublin on Thursday night.

Speaking to RTÉ after the game, the best player to ever stand at the oche lauded the Mullingar man after watching the RTÉ documentary Reality Bites, which told the story of the pugilist from Olympic silver-medal success to the professional scene, and included details of horrific injuries, two broken legs, suffered in an attack outside the ring.

"He inspired me a little bit, he did, brilliant" - Phil Taylor

After answering questions about his game, Taylor said: “Can I just say, I watched a documentary about John Joe Nevin last night – what a cracking lad!

“I hope he does well, give him my best if you get [talking] with him.

“He inspired me a little bit, he did, brilliant.

“I hope he does well, I’m going to meet him one day. Give him my best, tell him thank you.

“I enjoyed his documentary. He should have took his time a little bit, he rushed it a little bit, but he still won it,” said the Stoke man of the super-featherweight’s comeback.

Nevin, 25, in an online questions and answers thread, once cited 54-year-old The Power as the sportsperson he would be if he wasn’t a boxer. 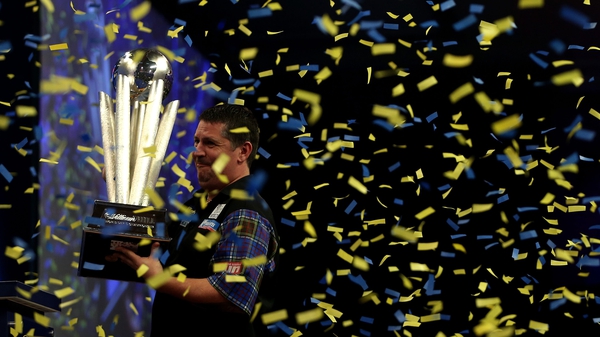