Four-time champion Chris Froome's encouraging Tour de France came to a frustrating halt on Thursday when the Briton pulled out of the race after contracting Covid-19.

The Israel Premier Tech rider took third place on stage 12 atop L'Alpe d'Huez, which was his best performance since a career-threatening crash three years ago.

"A test has revealed that I have contracted Covid so I am not going to be taking the start today," Froome said in a video on Twitter just as stage 18 was beginning.

"I'm really disappointed not to be able to roll into Paris and finish off this Tour de France... I am going to head home now, switch off for a few days and refocus on being ready for Vuelta a Espana later this season."

Froome was 26th in the overall standings.

On stage 12, however, he was fighting for a first victory in more than 1,500 days, a position he was in for the first time since a freak crash left him with multiple fractures at the 2019 Criterium du Dauphine.

The 37-year-old had vowed to go on the attack on the Tour again, fuelled by a renewed motivation after losing faith last year.

"It's been a very special race for us as a team," Froome added.

"It's been very special for me as well. I've been finding my legs and I want to thank everyone for the support through this process." 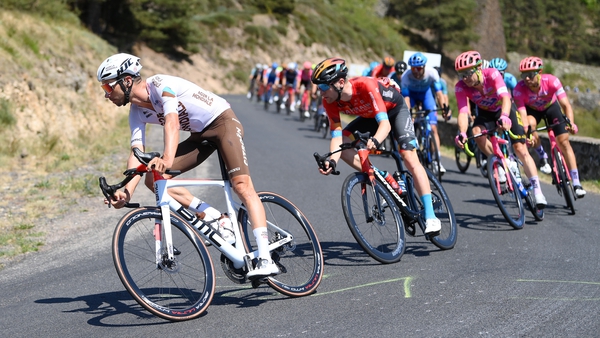