Eddie Dunbar maintained his recent good form by claiming his second win of the year after securing victory in the Tour de Hongrie (Tour of Hungary).

The County Cork cyclist was edged out of winning the final stage from Miskolc to Gyöngyös-Kékestető, which ended in a tough climb to the finish line, however, his second-place finish was enough to secure overall victory in the week-long race.

Dunbar finished the stage two seconds behind winner Antonio Tiberi, but the 21-second gap to third-placed Oscar Rodriguez proved crucial for the Irish rider who took the yellow jersey, finishing 23 seconds ahead of the Spaniard at the end of the five-stage race.

"I'm happy to win the GC but I really wanted to win the stage today," said Dunbar, speaking after the race.

"It's another step in the right direction. The last four days went really well.

"I was hoping I'd get to do the Giro d'Italia this year, so coming back from that disappointment, I kept my condition good and it would have been easy to come here and back off and be disappointed with not making the Giro team.

"So to come here and leave with the GC victory is good for me, and it's good for the team also." 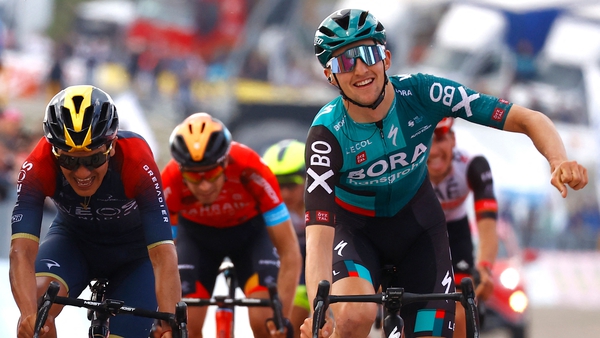