The former Sky and British Cycling doctor was questioned on Tuesday about the culture within the road team in 2010 following that year's Vuelta a Espana.

Team Sky pulled out of the race after a non-riding member of staff died of sepsis, and Dr Freeman described a meeting at the end of the season where riders demanded changes on the medical front.

Dr Freeman said: "It wasn't a very happy camp at the end of that season. They wanted doctors who knew more about cycling, who understood the demands of cycling. (Before I joined) I had no idea what physiological demands the Tour de France placed on riders. It's exceptional.

"A request was made by riders to get other doctors in. Next season instead of two doctors we had eight doctors including experts in cycling, intravenous, injury recovery and a GP with experience of chronic fatigue."

Team Sky was set up earlier that year with a zero-tolerance policy towards individuals previously involved in doping and had stayed away from cycling experts for that reason.

One of the doctors who was subsequently employed on a freelance basis, Geert Leinders, was given a life ban by anti-doping authorities in 2015 for a string of offences prior to joining Team Sky.

Dr Freeman was also pressed on British Cycling and Team Sky policy towards intravenous recovery by General Medical Council QC Simon Jackson. The practice was banned in 2011 as part of the no needles stance. He denied ever giving iron intravenously.

He again insisted he prioritised the health of riders over the demands of his employers for results.

He said: "It's a massive conflict in sports and medicine. It's the biggest issue that sports and exercise medicine practitioners have to (deal with).

"Doctors have to be prepared to stand up for the rider/athlete and be prepared to walk away. I accepted that and was prepared for it and that made my job a lot less stressful."

Dr Freeman has admitted 18 of the 22 charges brought against him but denies ordering testosterone "knowing or believing" it was to be given to a rider for the purpose of enhancing performance.

He claims he was bullied into ordering it by former technical director Shane Sutton to treat erectile disfunction, which Sutton strenuously denies.

Dr Freeman also admitted he was given a free bike by Sutton in 2010. Asked if it was a gift or if he had purchased it, Dr Freeman said: "It's complicated.

"Coaches and staff and friends of friends, business associates, were often given bikes, which were reported as sponsors' bikes. They were often marked down as used but were brand new.

"I was offered one by Shane. Other staff were getting bikes at a 20 per cent discount. I got this bike and I thought I'd have to pay for it. Shane subsequently said, 'You don't have to pay for it'. I went to the financial controller with my cheque book and I was told Shane's cleared it off the budget.

"Shane said, 'you've been given it, it's a gift'. Subsequently he said, 'remember that bike, you didn't pay for that bike'."

Asked by Jackson if he had kept the bike, Dr Freeman said: "Regrettably I did. I'd given it as a gift to my wife." 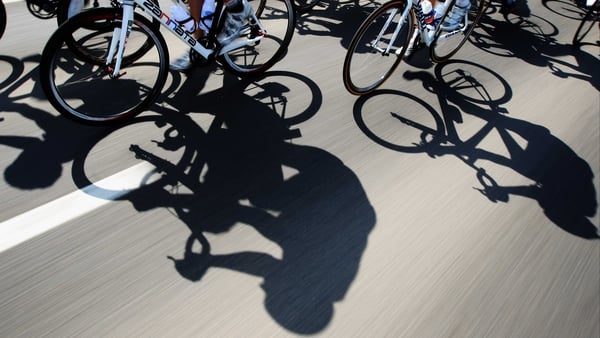 Ex-Team Sky doctor: I have never doped a rider