Seán Kelly believes Friday's stage of the Tour de France will be last chance saloon for Sam Bennett’s rivals to wrestle the green jersey from the Irish cyclist.

With just four days of racing to go, the Carrick-on-Suir man holds a 47-point lead over Peter Sagan, with Italian Matteo Trentin a further 13 points adrift.

Bennett crossed the line of a gruelling 170km stage over half an hour behind stage winner Miguel Angel Lopez but within the time limit, and crucially extended his lead in green.

Tomorrow marks the final mountain stage before Friday’s relatively flat stage compared to today’s exploits, a 166km journey from Bourg-en-Bresse to Champagnole. It is likely to be Sagan's - and to a lesser extent perhaps Trentin’s - final chance to make serious inroads at the top of the standings before the weekend finale.

Failure to do so will see Bennett emulate the achievements of Kelly, a four-time points classification winner, and cross the Champs-Elysees on Sunday with his 2020 Tour ambitions achieved; the maillot vert to go with a stage win. 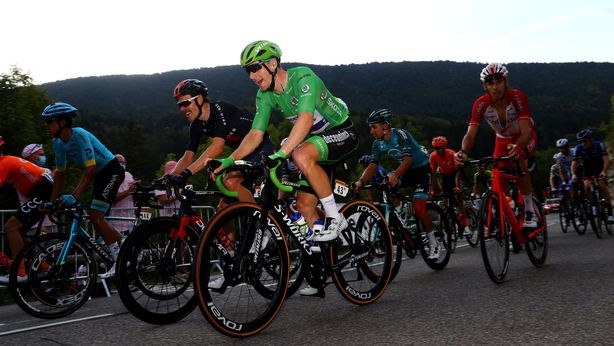 Speaking on Eurosport today before the conclusion of stage 17, Kelly says that while the 29-year-old remains in good shape, it is far from a done deal just yet.

"Friday is the real danger day for Sam. It’s where Peter Sagan and Bora-Hansgrohe can really put the pressure on him," he said.

"A few days ago, it looked like he was really suffering in the mountain stages, he suffered like a dog as they say, but he recovered well and now seems to have the upper hand, but it’s not over yet."

Having suffered on his two previous Tours, Kelly said Bennett has shown great resilience to keep hold of the green jersey for nine days with the finish line in sight.

"He's done a Giro, he’s done a Vuelta, but the Tour is always that bit more difficult. It’s a step up and he’s mentioned that as well.

"He’s looking great and it’s looking good that he will take the jersey." 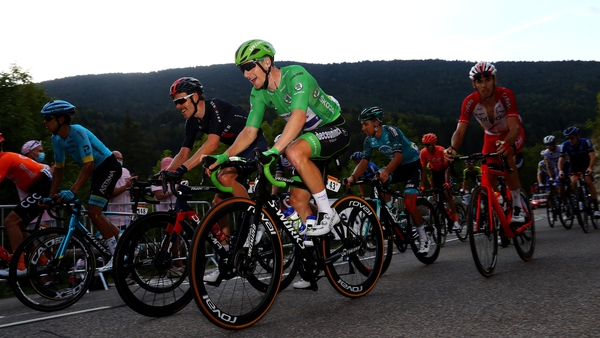