Vuelta a Espana organisers retain an interest in bringing the Spanish Grand Tour to Yorkshire but have indicated it remains some way off and cannot happen before 2024.

Race director Javier Guillen confirmed he remains in contact with troubled tourism agency Welcome To Yorkshire but said there is "nothing on paper" in terms of a commitment.

There have previously been suggestions the race could visit as early as 2021 but Guillen ruled that out.

"There'a a real possibility we'll be there in five or six years but at the moment it's speculation," Guillen said while attending the Rouleur Classic in London. "There's been contact but nothing else."

The Vuelta, a race which starts in mid to late August each year, would hope to attract the sorts of crowds seen at the Grand Depart of the Tour de France in 2014, its annual legacy event the Tour de Yorkshire and this year's UCI Road World Championships, which took place in September.

While the Tour de France and Giro d'Italia frequently start outside their home countries, the Vuelta is far less nomadic and has started abroad on only three previous occasions - in Lisbon, Portugal in 1997; Assen, Holland in 2009; and Nimes, France in 2017.

Next year's race will return to Holland for a start in Utrecht, and Guillen said that would prevent a visit to Yorkshire until at least 2024 due to the need for a transfer day.

"We're departing in 2020 from the Netherlands, which means we start on the Friday and not the Saturday," he said. "You can do that only every four years. If we go to Yorkshire we need an extra day so that is why I don't see it (happening) in at least the next four years."

Talks between the Vuelta - which like the Tour de France is owned by the Amaury Sports Organisation - and Welcome To Yorkshire began under the agency's former chief executive Sir Gary Verity, who resigned earlier this year citing ill health amid investigations into his expenses and behaviour towards staff.

Guillen admitted little progress has been made in talks between the two organisations since Verity's exit, but denied his departure was the cause despite the turmoil that has followed.

"Not too much (has happened)," he said. "But honestly, that was because they were really involved in (organising) the UCI World Championships and so far we didn't have a strong conversation.

"Gary is a very charismatic person but as you know he was replaced by (Welcome To Yorkshire commercial director) Peter Dodd, and I also have very good relations with Peter, so it's still very easy for us to talk. In this regard nothing changed." 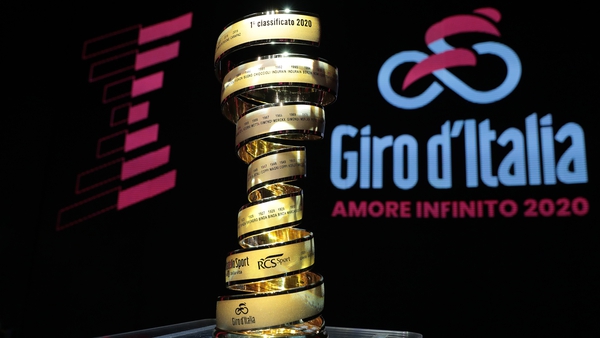 Giro d'Italia to start in Hungary for first time ever