Chris Froome is hoping to be back competing before the end of the year and has set his sights on Tour de France and Olympic glory in 2020.

The four-time Tour de France winner suffered a series of injuries in a horror crash before stage four of the Criterium du Dauphine in France in June.

The 36-year-old Team Ineos rider damaged his ribs, lung, neck, hip, elbow and leg when he ploughed into a wall at more than 33mph.

Froome still cannot walk without crutches, although he is "partially" load bearing, yet he has set his sights on a return to racing this year.

He told The Daily Telegraph: "It would be great to be able to do some of those post-season events that I typically do in the off-season. Just to get back into the pro scene again.

"It would be great if I could do something before January."

A fifth Tour title remains in Froome's sights - and the 34-year-old is also targeting gold at next year's Olympics.

"Both the TT and the road race in Tokyo look very appetising... it should be an extremely gruelling race.

"As for the Tour, going for a fifth title off what was potentially a career-ending crash - that would be even bigger.

"Loads of people came out after the crash and said 'he's done, he'll never win another Tour.' They only spur me on." 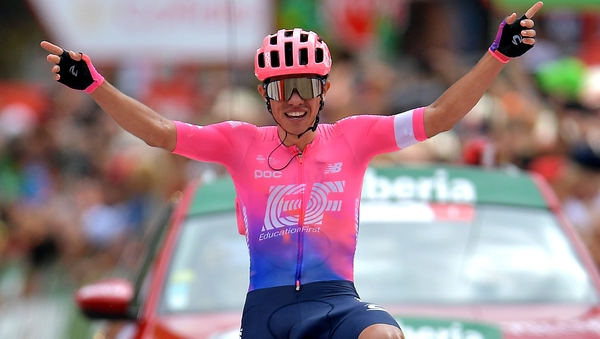