Deceuninck-QuickStep’s Julian Alaphilippe sprinted to victory on the sixth stage of the Critérium du Dauphiné as Adam Yates continues to lead the way in the general classification.

The Frenchman made his move 10km into the 229km stage, with Alessandro De Marchi and Bora-Hansgrohe’s Gregor Mühlberger joining him at the front.

The trio built up a 14-minute cushion at one point, and in a sprint finish it was Alaphilippe who emerged victorious against Mühlberger with a photo-finish.

Dan Martin was in the peloton that finished just over six minutes down on the stage winner and remains one minute and 13 seconds down on Yates. 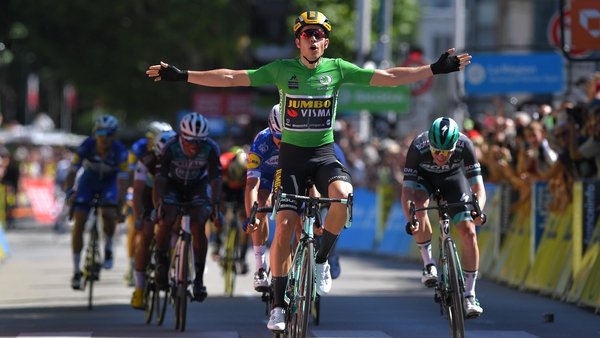