Chris Froome has been named as the leader for Team Sky at the Tour de France after the UCI ended its anti-doping investigation in to the four-time winner.

Froome had faced the prospect of being banned from signing on by Tour organisers until the UCI's announcement that it had ended its investigation into an adverse analytical finding for Salbutamol at La Vuelta last year.

That case was wrapped up 24 hours before Froome was due to appeal to the French Olympic Committee to be allowed to race, and Team Sky have now announced their squad for the Tour, which begins on Saturday in Noirmoutier-en-l'Ile.

As he bids for a record-equalling fifth Tour crown and fourth Grand Tour on the trot following victories in the Tour, Vuelta and Giro d'Italia in the last year, Froome will be supported by a typically strong Team Sky line-up which includes fellow Brits Geraint Thomas and Luke Rowe, former world champion Michal Kwiatkowski, super-domestique Wout Poels as well as Egan Bernal, Jonathan Castroviejo and Gianni Moscon. 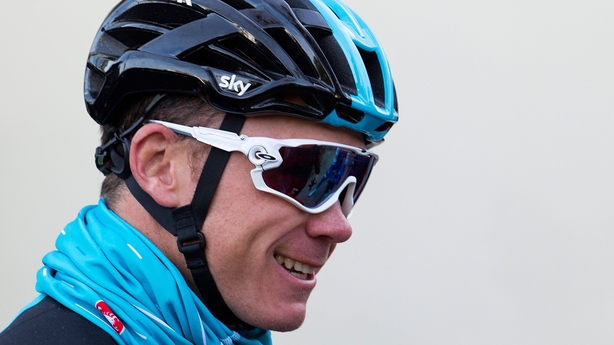 "The last twelve months have been the hardest but also the most incredible of my career," Froome said. "I've never started the Tour de France after riding the Giro d'Italia and it has meant a completely different approach to my season. But I learnt a lot from riding the Vuelta straight after the Tour de France last year which has given me confidence coming into this race.

"I want to make history with a fifth Tour de France win and fourth consecutive Grand Tour. I am under no illusion about the challenge, but I am feeling ready and I couldn't ask for a better team to support me. This is the biggest race of the year, in front of the most passionate cycling fans, and I can't wait to get racing."

If Froome is wearing yellow in Paris on July 29, he will join Eddy Merckx, Bernard Hinault, Jacques Anquetil and Miguel Indurain as the only five-time winners of the Tour, and also become the first man to do the Giro-Tour double since Marco Pantani in 1998.

Thomas has looked in stellar form in recent weeks as he followed up his Criterium du Dauphine victory by becoming the British time trial champion, and the Welshman - who is in a contract year - is expected to be a protected rider as the team's back-up plan if Froome should falter.

Rowe will race less than a year after he broke his leg in multiple places while whitewater rafting on his brother's stag do last August. There had been fears for the Welshman's career but the highly-valued road captain returned to racing in February and has looked strong.

There are Tour debuts for Moscon and the impressive young Colombian Bernal. Moscon's talent earns him a place despite controversy.

The Italian racially abused FDJ's Kevin Reza at the Tour de Romandie last year, earning a six-week suspension, and was then accused of deliberately causing a crash with Reza's team-mate Sebastien Reichenbach in retribution for him highlighting that abuse, though he was cleared of wrongdoing in the latter case in June.

Poels and Kwiatkowski were both star performers in last year's Tour squad, and Poels was also a key members of the team that helped Froome to glory in the Giro in May.

With a first week of the race that includes cobbles, a team time trial and the expectaction of crosswinds, there is plenty for Froome and the other general classification hopefuls to survive before the mountains come in the second and third weeks.

"We have chosen the Tour squad to support (Froome) that we believe is best equipped to meet the demands of this year's race," team principal Sir Dave Brailsford said. "It is a team of real versatility and one that balances youth with experience.

"We are really proud that Gianni Moscon and Egan Bernal will be making their Tour de France debuts with us. They are both very talented bike riders and will have a lot to offer.

"It is also fantastic that Luke Rowe will be riding the Tour again as our road captain after his serious accident last summer. It is a testament to his ability and determination that he has come back so strongly." 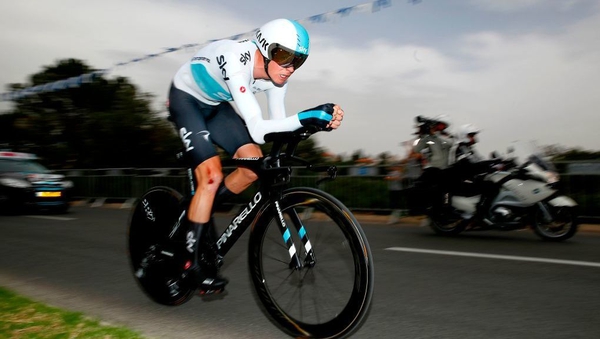