They say fortune favours the brave, and that was certainly the case on stage 12 of the Giro d’Italia as Sam Bennett had another day to remember on the grand tour.

The Waterford man won his second stage of this year’s race with a powerful sprint victory on the 214km trip between Osimo and Imola, making light of the miserable weather conditions to power home first across the line.

The 27-year-old remains second in the race for the points jersey behind Italian Elia Viviani, who dominated the opening week of the Giro, but Bennett has slashed the lead to just 22 points.

The Bora-Hansgrohe rider seized his opportunity with 400m to go and the gamble paid off as he had time to look around and celebrate before crossing the line ahead of Danny van Poppel and Niccolo Boifazio. 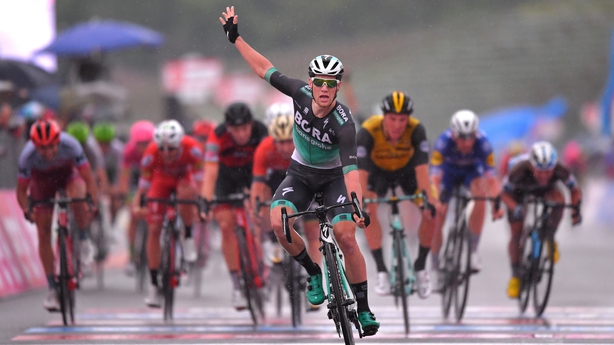 "We had two guys in front and I didn’t know how much energy they had left. I didn’t want another stage getting away from me, so I decided to go early," he told Eurosport afterwards.

"I didn’t know if I could hold it or not. I think I caught some guys by surprise and it worked to my advantage.

"To go so early, and hold it off... it’s a nice way to win and gives me confidence."

Viviani had his difficulties further down the road, finishing close to 10 minutes behind the Irish cyclist, with Bennett admitting that he was more concerned on his own performance.

"We knew in the crosswinds [he had slipped back], but then we heard he was back. When I was lined out again, I heard he was gone again.

"It didn’t really matter if he was there or not, we wanted to race to win." 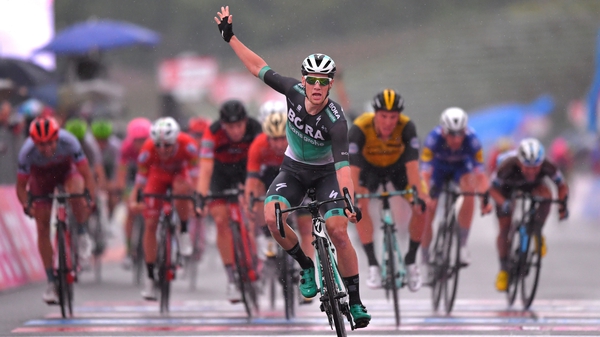 Bennett sprints to his second stage win of the Giro Cycling