Four-time Tour de France winner Froome had double the permitted level of the asthma drug salbutamol in a urine test taken during his victory in La Vuelta in September.

The result is not automatically classified as a positive test and the 32-year-old has not been suspended, but he must provide a satisfactory explanation for the adverse findings or he faces a ban and the loss of his Vuelta title.

Froome has denied any wrongdoing and said he is providing all the necessary information to the UCI, but Irishman McQuaid, who was president of the world governing body from 2005 to 2013, told BBC Sport Froome would find it "very hard to avoid a ban".

"I don't see how Chris Froome can turn around like he did and say 'I played by the rules, I broke no rules'," McQuaid said.

"The fact is, he has broken a rule. The fact is his urine sample was twice the permitted limit. It's up to him to go and prove that he could have done otherwise. 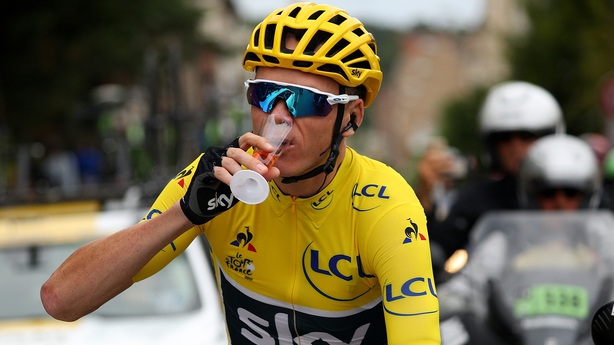 "We're now three months down the road, and they haven't found a solution or a resolution to it yet."

The situation is a complicated one. There are possible explanations as to why an athlete would return such a high reading of salbutamol even if they only took the allowed dosage, but the onus is now on Froome to prove his innocence.

News of Froome's adverse test, made public following reporting by The Guardian and French newspaper Le Monde, increased the pressure on Team Sky.

It comes soon after the inconclusive investigation into the contents of the mystery medical package delivered to Bradley Wiggins at a race in 2011, and revelations over Wiggins' use of therapeutic use exemptions before major races, including his 2012 Tour de France win.

"They've had a very difficult 15 months, when they set out to be the team that is the clean team, that was going to bring back the credibility of cycling and they certainly have gone in the opposite direction this year," he said. 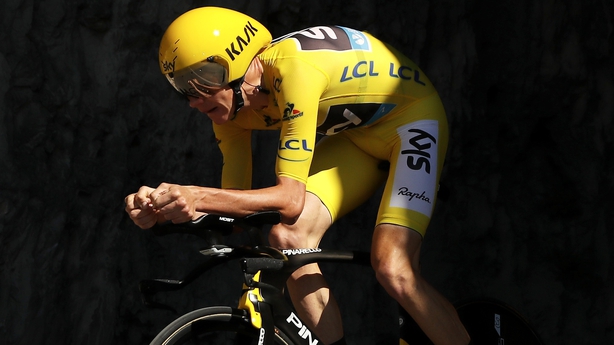 "They haven't achieved what they set out to achieve. They are a team with by far the biggest budget in cycling and they can afford all of the experts and all of the medical back-up and all of the things that a lot of teams can't afford and they find themselves in this situation today.

"It's going to be very difficult to see how they can come out of this with any credibility at all to be honest with you. It begs a lot of questions."

McQuaid's tenure in charge of the UCI, which was ended when former British Cycling president Brian Cookson beat him in an election in 2013, was marked by several controversies.

The Cycling Independent Reform Commission - set up by Cookson - published a report in 2015 which was critical of the UCI under McQuaid and his predecessor Hein Verbruggen.