In the Omnium English had a strong opening event, finishing third in the scratch race, this was followed by ninth in the tempo and fourth in the elimination placing him in a strong fourth place overall starting the final points race.

"Today was good, and then it didn’t finish so well," contemplated English after his race, "I was fairly consistent throughout the day, but a combination of a few technical mistakes in the points race and not having the legs, to be honest, played a part in the points race."

Last night English competed with Mark Downey, where they finished fifth in what was the fastest recorded Madison ever: "Riding the Madison last night affected me a bit tonight – it was the fastest Madison of all time, we have got the points we need, and are in the mix for the World Cup."

In the final event of the Omnium, a phenomenal performance in the Points Race from Denmark’s Niklas Larsen saw him take three laps and win with over 40 points to spare from Szymon Sajnok (Poland) and Claudio Imhof (Switzerland). 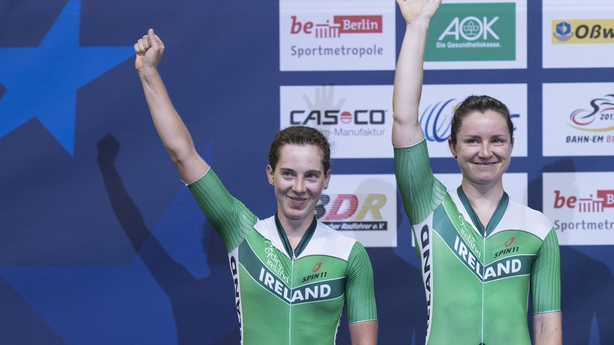 The Women’s Madison was won by Belgium, who placed in every sprint, ahead of Great Britain and Italy. Ireland’s Boylan and Gurley had to settle for tenth in the 20km race.

Today brought to a close action in the first Track Cycling World Cup of the 2017/2018 season. Next week the Irish will be back in action at the second World Cup in Manchester.