Peter Sagan's appeal against his disqualification from the Tour de France has been dismissed by the Court of Arbitration for Sport.

World champion Sagan and his Bora-Hansgrohe team called for his reinstatement two days after he left the race.

But CAS ruled the decision taken on Tuesday evening, after Sagan was sent home accused of causing the stage four crash which saw Mark Cavendish suffer a broken shoulder blade, should stand.

Sagan had initially been docked 30 seconds before the race jury reviewed the footage and upgraded his punishment, ending his bid to win the Tour's points classification for a record-equalling sixth straight year.

As he left the team hotel in Vittel on Wednesday morning Sagan said he disagreed with the verdict but had no choice but to accept it. His team, however, took a different path.

The German-registered squad said the UCI commissaires had failed to follow their own rules as they did not speak to Sagan prior to issuing the punishment. 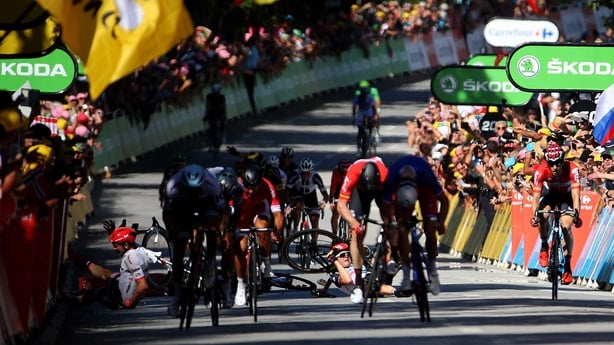 "Although the UCI cycling regulations provide unambiguously that it is mandatory to hear a rider before any disciplinary decision is taken (Rule 12.2.006: 'The commissaires panel may judge the matter only if the offending party has had a chance to defend his point of view [...]'), Peter Sagan has not been given an opportunity to explain to the 'commissaires panel' his point of view.

"If the motion to suspend, on which the CAS will have to decide now, is granted, Peter Sagan will immediately re-engage in the Tour and, together with the team BORA-hansgrohe, compete for a successful Tour de France 2017."

Although Sagan travelled home to Monaco on Wednesday, the team continued to line up his bike outside their team bus each morning alongside those of his remaining team-mates.

Even if CAS had ruled in his favour it would have been implausible that Sagan could be allowed to rejoin the race having missed two stages. 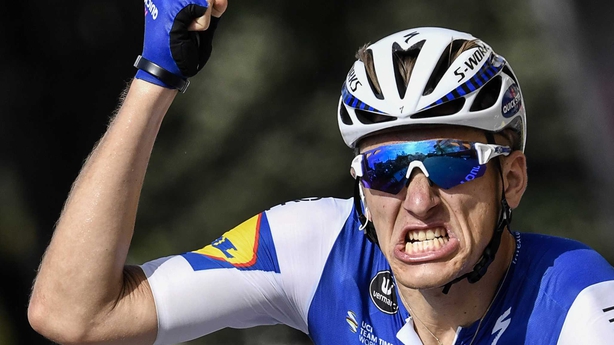 Meanwhile, Marcel Kittel [above] burst through to win a bunch sprint at the end of the sixth stage of the Tour de France on Thursday.

The powerful German sprinter looked to be struggling as the leaders roared towards the finish in Troyes but ended up winning the sprint comfortably for his 11th Tour stage victory.