Chris Froome has said he was deliberately knocked off his bike by a hit-and-run driver while training in southern France.

The 31-year-old three-time Tour de France winner posted a picture of his broken bike on Twitter but said he was not hurt in the incident.

The Team Sky rider wrote: "Just got rammed on purpose by an impatient driver who followed me onto the pavement! Thankfully I'm okay =(TM) Bike totaled. Driver kept going!"

The picture was geotagged from Beausoleil in France, close to Froome's home in Monaco.

Team Sky said the Monaco-based Froome had continued his training session after returning home to get a spare bike.

Froome is training for June's Criterium du Dauphine, his familiar warm-up event before the Tour de France between July 1-23. He is favourite to win the event for a third successive year.

Froome later confirmed he had spoken to the police and would be returning to the saddle on Wednesday.

He wrote: "Pretty scary experience today. The French police have been brilliant, I have given them all the details. Just grateful I wasn't hurt.

"Thank you for all the messages of support. New bike flying in tonight. Back to training tomorrow."

The incident was just another reminder of the continued perils faced by professional cyclists on the road during training rides.

It occurred less than three weeks since the death of 37-year-old Michele Scarponi, the former Giro d'Italia winner, who was struck by a van while training in Italy.

His team, Astana, described the death of Scarponi, a husband and father of two, as a 'tragedy too big to be written'.

Just got rammed on purpose by an impatient driver who followed me onto the pavement! Thankfully I'm okay 🙏 Bike totaled. Driver kept going! pic.twitter.com/o7FT4iXsAo

Scarponi had been preparing for this year's Giro, where the Mortirolo climb has now been named in his honour.

Also last month, Wanty-Groupe Gobert rider Yoann Offredo posted pictures on social media of himself badly bloodied, saying he had been the victim of an assault while out riding with two friends in the Chevreuse Valley, south west of Paris.

Froome's Team Sky team-mate Geraint Thomas, who is competing at the Giro d'Italia, told cyclingweekly.com: "It's a reminder, it shows how dangerous it can be.

"I only saw it five minutes before getting off the bus. It didn't look good at all. I'll speak to him later today."

Spanish rider Mikel Landa, who is also riding at the Giro for Team Sky, added: "You can't always be scared when you are riding on the roads, but with the situation like you see today with Froome, you think a lot about how we are at risk on the road.

"I had goose bumps (seeing the photograph). I thought about Scarponi. In an accident, we are always going to be the one who's worse off."

Froome is preparing for this year's Tour, where he will be seeking a fourth title in five years and third in a row.

He finished 18th in the Tour de Romandie in Switzerland at the end of last month, and his next race is expected to be the Criterium du Dauphine - a race he won ahead of each of his Tour victories in 2013, 2015 and 2016 - at the start of June.

The Tour de France starts in Dusseldorf on July 1. 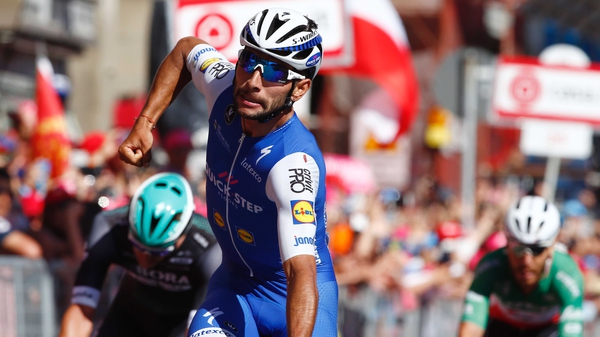