Nicole Cooke believes it is hard for Team Sky to "back up" their claim of being cycling's cleanest team when boss Dave Brailsford does not appear to know what medicine his riders are taking.

The 2008 Olympic and world road-race champion delivered her damning opinion on the controversy surrounding Team Sky and their former star rider Bradley Wiggins during an evidence-gathering session of the Culture, Media and Sport select committee on Tuesday.

Brailsford, his friend and fellow coach Shane Sutton and senior figures from the sport's governing body British Cycling appeared before the same committee in December, following UK Anti-Doping's decision to open an investigation into allegations of wrongdoing.

That decision was prompted by claims Team Sky and Wiggins may have abused the system that allows athletes to use drugs that would otherwise be banned and an allegation linked to the delivery of a package to a team doctor at a race in France in June 2011.

The package was couriered to the finish of the Criterium du Dauphine race by British Cycling coach Simon Cope on Sutton's instructions.

After two months of refusing to say what was in the package, Brailsford told MPs he had been informed by Dr Richard Freeman, now the Great Britain team doctor, it contained Fluimucil - a legal decongestant he gave to Wiggins with a nebuliser. 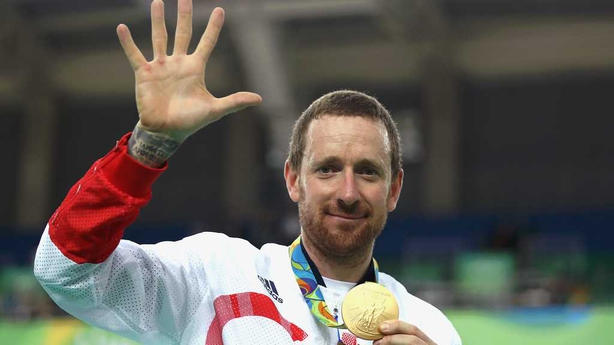 When asked how she felt this explanation tallies with Team Sky's often-stated zero tolerance to doping, Cooke said: "I find the stance of being the cleanest team, and yet team principal Dave Brailsford not being able to know what the riders were treated with... it definitely makes it hard to back up that claim."

The 33-year-old, who retired from racing in 2013, was also not impressed with Cope's claims of ignorance.

"I find it very surprising that Simon Cope was transporting something internationally and he did not know what he was transporting - I find that astonishing," she said, speaking to the panel of MPs via an audio link from Paris.

"I also find it surprising British Cycling, when asked about something they were storing in their building, weren't able to find any documentation."

The committee and UKAD have asked Brailsford and British Cycling to provide paperwork to support Freeman's assertion, but Press Association Sport understands definitive proof may not exist.

Cooke was equally scathing on the subject of Wiggins' use of the corticosteroid triamcinolone before his three biggest races in 2011, 2012 and 2013, including his win at the 2012 Tour de France. These injections were covered by therapeutic use exemptions (TUEs), but Cooke is suspicious of their timing.

"The chronological coincidence of TUEs before major events raises questions for me, just based on my experience of patterns and ways I've seen other riders try to beat the system - it makes me sceptical of what they've done," she said.

In a statement to Press Association Sport, a Team Sky spokesperson said: "Team Sky abide by the rules and are committed to clean competition.

"We recognise there is an important debate right across sport about the use of Therapeutic Use Exemptions.

"It is very rare for a rider to need one and TUEs given to Team Sky riders have all been granted by the appropriate authorities and in complete accordance with the rules."

Wiggins, who retired in December as Britain's most successful Olympian, also denies any wrongdoing, saying his TUEs were to alleviate a pollen allergy.