Team Sky may have pushed rules "to the very limit" in the matter of Therapeutic Use Exemptions(TUEs), International Cycling Union(UCI) president Brian Cookson has said.

Team Sky and former Tour de France winner Bradley Wiggins have been in the spotlight over his use of TUEs, which allow athletes to take banned substances for verified medical needs and are signed off by sports federations and an investigation by Britain's anti-doping agency (UKAD) into British Cycling has been launched.

UKAD has not shared much details but the local media claimed the probe also concerned the alleged delivery of a medical package to team Sky in June 2011 after the Dauphine Libere race and ahead of that year's Tour.

"We shouldn't be surprised when elite sports teams push to the very limit of the rules. Perhaps that's what happened here, but the rules appear to have been abided by," Cookson told British media.

Data leaked last month by the Russian-based Fancy Bears cyber hacking site claimed Wiggins had been given permission to have legal injections of the banned drug triamcinolone to treat breathing difficulties before the 2011 and 2012 Tour de France and 2013 Tour of Italy.

On each occasion the TUE was approved by British authorities and cycling's governing body, the UCI, and there is no suggestion Wiggins broke any rules.

"The issue of the substances issued to Wiggins appears to have been within the rules," Cookson added.

"But I think there is an argument to be had about whether TUEs for that kind of substance are valid." 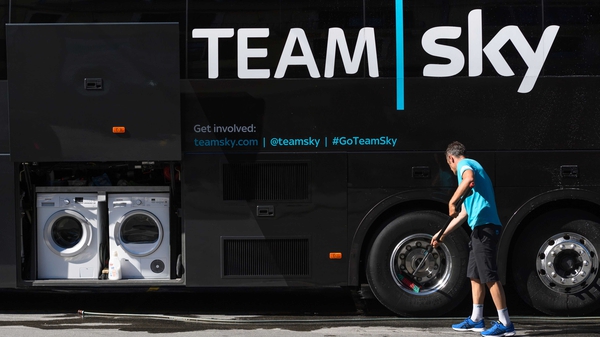