Roche, 32, joined Team Sky in 2015 from Tinkoff. Though he served primarily as a domestique, he won stage 18 of the 2015 Vuelta a Espana and finished second overall in this year's Tour de Yorkshire while wearing the British team's colours.

This summer he secured his second Irish road race title, also winning the time trial, but was omitted from Team Sky's squad for the Tour de France.

At BMC he will join former Team Sky team-mate Richie Porte, who finished fifth in the Tour after moving to BMC in the winter.

"I'm super excited because BMC Racing Team is a team that rides with a lot of the characteristics that I like," Roche said.

"They're always up the front, riding with aggression and trying to make an exciting race. I think I'll enjoy the aggressive style of racing.

"Looking ahead to the 2017 season, my main role will be to really support Richie Porte and Tejay van Garderen in their general classification ambitions, and hopefully I'll have a good go at the Vuelta a Espana."

Roche, who is in his 12th season as a professional, is the son of Stephen Roche, who won the Tour de France, Giro d'Italia and world championships in 1987, and the cousin of Etixx-QuickStep rider Dan Martin. 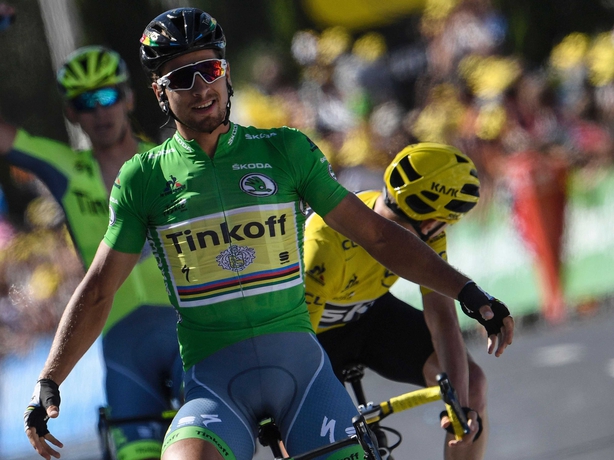 Meanwhile, world champion Peter Sagan will race for ambitious German team Bora-Hansgrohe next season as they make the move to the WorldTour level.

The 26-year-old Slovakian, who won the points leader's green jersey for a fifth straight year in last month's Tour de France, won the World Road Race Championships in Richmond, Virginia last year and will hope to defend his crown in Doha, Qatar with current employers Tinkoff before switching teams.

Sagan's move to the German squad - on a three-year contract - has been rumoured for a month, following the announcement that Tinkoff would be closing their doors at the end of the season as Russian businessman Oleg Tinkov withdraws his backing.

Sagan's Tinkoff team-mates Maciej Bodnar, Michael Kolar and Erik Baska, and his brother Juraj, are also moving to Bora-Hansgrohe, which is also the current home of Irish sprinter Sam Bennett.

Team manager Ralph Denk said: "It is a great honour to welcome one of the most popular cyclists of our time into our team.

"That's why we tried to provide familiar surroundings as far as possible. I think Peter's trust in us proves that we did a good job in recent years and have a solid reputation in the peloton.

Denk admitted Sagan has been recruited for his experience in the classics, which include Milan-San Remo, the Tour of Flanders and Paris-Roubaix.

"My goal is a well-balanced roster for the 2017 season," added Denk. "With Peter the classics will be a big highlight for us. But we also want to play a role in the grand tours, therefore we are still looking for new signings." 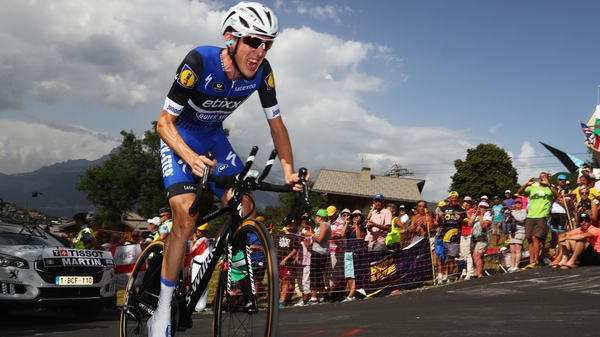