Ireland will have at least two cyclists competing at this summer's Olympic Games in Rio de Janeiro.

The UCI (Union Cycliste Internationale) confirmed that Team Ireland has qualified two road racing places in the Men’s Elite Road Race, and over the coming months Cycling Ireland will make a nomination to the Olympic Council of Ireland regarding the selection process for these places.

Ireland had three cyclists in the road race at the London Olympics where David McCann finished 55th, with cousins Nicolas Roche and Dan Martin finishing 89th and 90th respectively.

The road race at the Olympics takes place on the weekend of the 6-7 August. 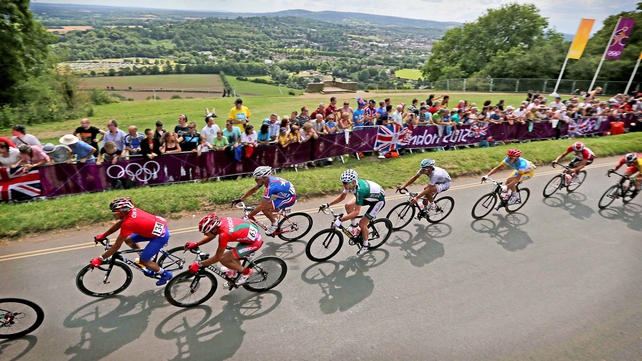 The qualification process for track cycling and BMX is ongoing with Irish riders still in contention.

On the track, the qualified places will be confirmed following the UCI Track Cycling World Championships, which take place in London from the 2-6 March.

Eoin Mullen and Shannon McCurley are the two riders in realistic contention for qualification spots, in the Men’s Sprint and Women’s Keirin respectively.

Kelvin Batey will be competing in the BMX World Championships in Medellín, Colombia in May, after which the qualification slots will be announced by UCI.