Siobhán Horgan was best of the Irish when finishing 28th of the 44 competitors in the Elite Women's Time Trial at the UCI World Road Championships in Virginia yesterday.

Horgan was best of the three Irish riders, with Michael O'Loughlin 38th and Simon Tuomey 43rd in the Men's Junior Time Trial over the same 30km course and distance.

National Time Trial champion Horgan was making her first appearance at the world championships in three years and rode impressively to move up the order as the race progressed.

Earlier in the day, Michael O'Loughlin finished 38th in the Men's Junior Time Trial over two laps of the 15km circuit, an impressive performance given that his front derailleur had failed, leaving him restricted to his inner chainring.

Last year's eighth place finisher will be back in action on Saturday in the Men's Junior Road Race, as will Simon Tuomey, who started at the back end of the starting order in the time trial and rode consistently to finish 43rd - 29 seconds behind O'Loughlin.

Technical Director Brian Nugent said: “It was a good return to world level for Siobhan and she kept a good pace throughout.

“Michael was extremely unlucky. The issue with his gears was devastating as he had been in good form for this. He showed great maturity pushing on the way he did.

"Simon had a steady ride and will gain a lot from this experience for the future.We'll turn our focus to the road races now for the weekend." 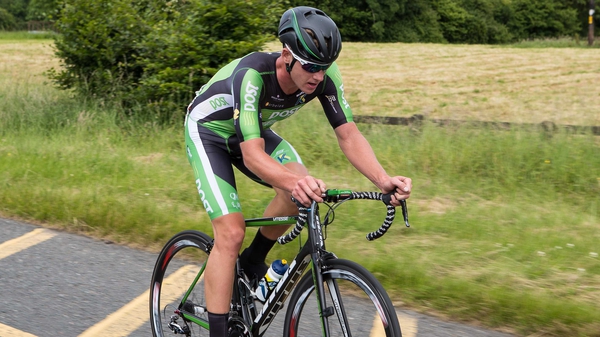