The cousins finished safely in the pack, 36 seconds behind stage winner Bert-Jan Lindeman following the 191km ride from Jodar to Alto de Capileira.

The Briton, looking to achieve a rare Tour-Vuelta double, lost almost half a minute to the big guns on the 18.7km climb to the finish line.

Lindeman, of the Lotto-Jumbo team, won the stage ahead of Belarussian Ilia Koshevoy.

Italian Fabio Aru, one of the top contenders, accelerated away from the group of favourites after realising Froome was being dropped.

Team Sky rider Froome cracked with under two kilometres left and ended up 17th, 1:03 behind Lindeman, who made his winning move inside the last 500 metres.

Meanwhile, Martin has agreed a two-year contract to ride for Belgian team Etixx-QuickStep from the start of next season.

The 29-year-old Birmingham-born Irishman will make the switch for 2016 and 2017, having ridden for Cannondale-Garmin this year.

Martin's biggest victory to date was in the 2013 Liege-Bastogne-Liege one-day race and he also won a stage in the 2013 Tour de France and 2011 Vuelta.

"I'm really excited to join the team. I hope to be able to take the next step in my career with Etixx-QuickStep," he said.

Mark Cavendish is contracted to Etixx-QuickStep until the end of 2015, but there is no news on whether the 26-time Tour stage winner will be staying, suggesting a departure is likely. Cavendish has been linked with MTN-Qhubeka and Trek. 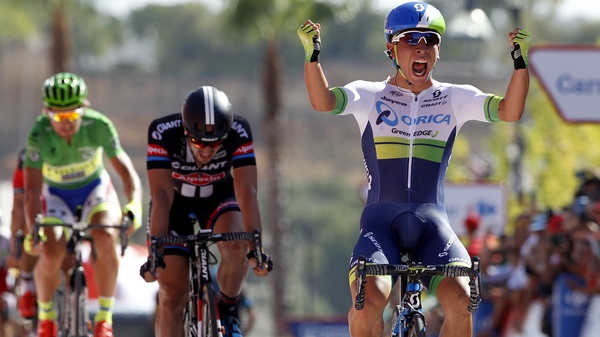 Roche and Martin in top 4 as Ewan takes stage