German Simon Geschke of the Giant-Alpecin team won the stage, while Irishman Sam Bennett (Bora-Argon) and Tejay van Garderen (BMC Racing) have pulled out of the Tour.

Froome fought off attack after attack to preserve his commanding overall lead.

Quintana tried to launch an early escape, but Froome's Team Sky squad hunted him down and when the Colombian climber twice accelerated on the concluding ascent to the small ski resort, Froome chased him down.

The Kenya-born Briton finished seven minutes 16 seconds behind Geschke on the same time as Quintana to preserve his advantage of 3mins 10secs, with four stages remaining ahead of Sunday's conclusion in Paris.

This was the first of four stages in the Alps and Thursday's 186.5km stage from Gap to Saint-Jean-de-Maurienne is sure to provide another test.

But it appears more and more likely that only Quintana stands between Froome and a second yellow jersey after his 2013 win.

Quintana's team-mate Alejandro Valverde is now third overall, 4:09 behind, after Tejay van Garderen (BMC Racing) was forced to abandon midway through the stage through illness.

Alberto Contador (Tinkoff-Saxo) lost time with a crash on the final ascent and sits fifth, 6:40 adrift, one place and six seconds behind Geraint Thomas (Team Sky), who moved up a place to fourth after Van Garderen's withdrawal. 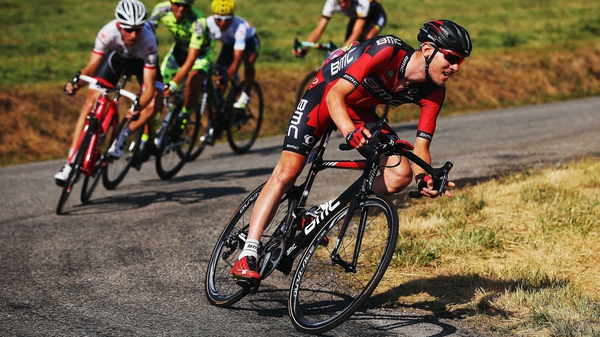