With less than a month to go until the start of An Post Rás, three more teams have confirmed they will take part in Ireland’s top cycling event and one of the most aggressive races on the international calendar.

This trio of squads includes Ireland’s only UCI Continental team, An Post-Chain Reaction - Sean Kelly team, who have yet to finalise their riders for the Rás.

The British Madison Genesis team, which is likely to feature the Irishman Dom Jelfs, who was sixth in the National Road Race Championships last year, and the French Pays de Dinan squad will also compete in this year’s race.

The 2015 An Post Rás will begin in Dunboyne on 17 May and will feature stage finishes in Carlow, Tipperary, Bearna, Newport, Ballina, Ballinamore, Drogheda and Skerries.

It will total almost 1,200 kilometres in length and will include 21 categorised climbs. 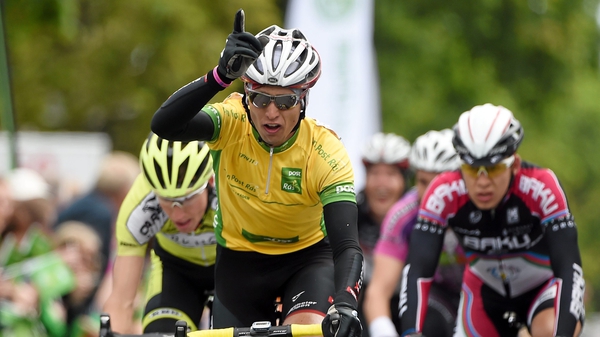 Austrian and Belgian teams confirmed for An Post Rás